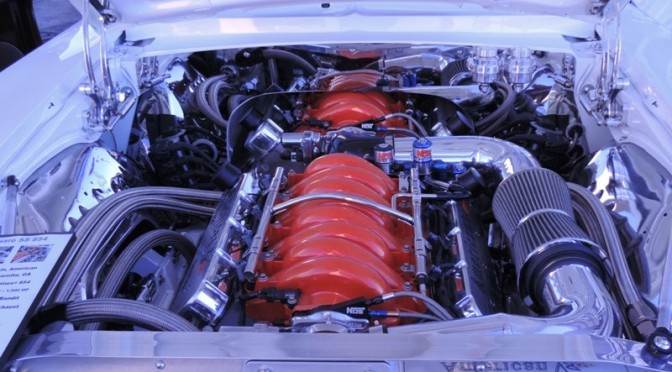 At the SEMA Show in Las Vegas, Nevada you get to see all sorts of ingenuity in action. Sometimes you scratch your head and say why, and other times you say why not! Not all the action occurs behind the red velvet ropes at this trade only event. Many great rides are viewed by the public on the sidewalks surrounding the Las Vegas Convention Center. 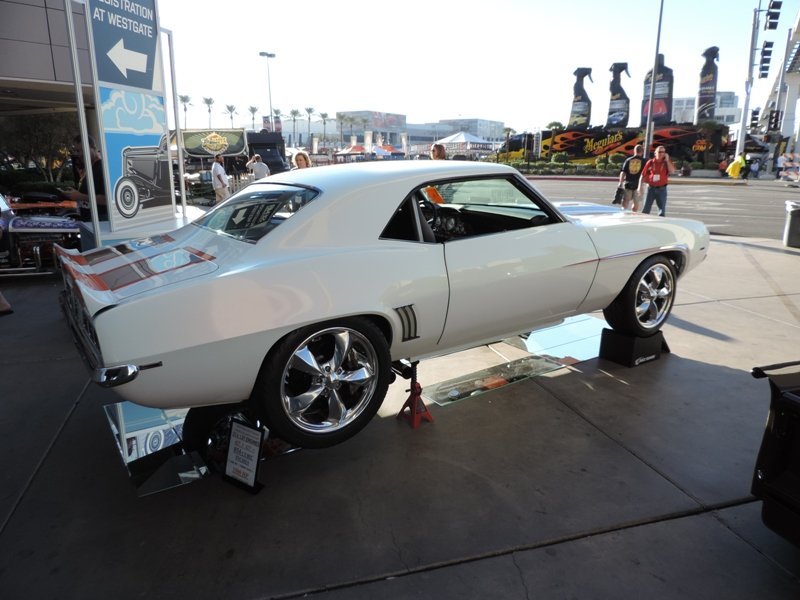 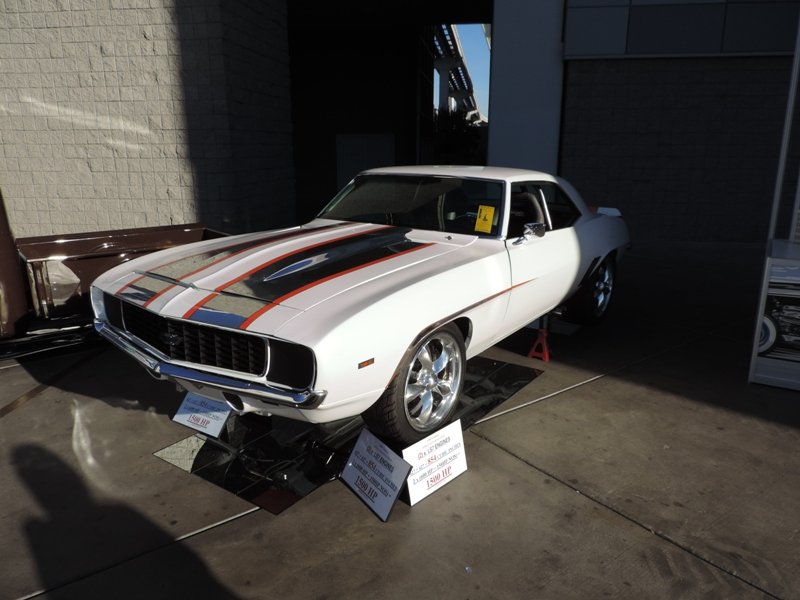 Once the hood went up, so did the horsepower on this monster! 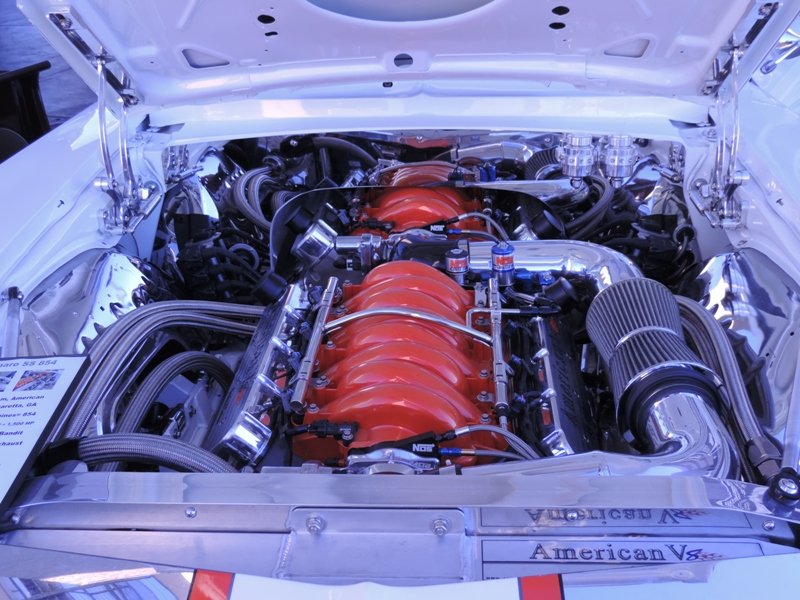 That is not a mirror behind the engine, that’s two LSX engines mated together. That friends, is one fine engineering feat. We’ve seen it done before, but this setup is over the top. Done well and nicely planned out.

1500 Horses for this Camaro

This humble ride was produced by Gary Higginbotham of American V8 Classics and Customs from Alpharetta, Georgia. He mated two 427 cubic inch engines to produce a combined 1200 horsepower. But that wasn’t enough; he added a shot of NOS to each engine for an extra 150 horses on each engine, so totaling 1500 horsepower from this power plant. 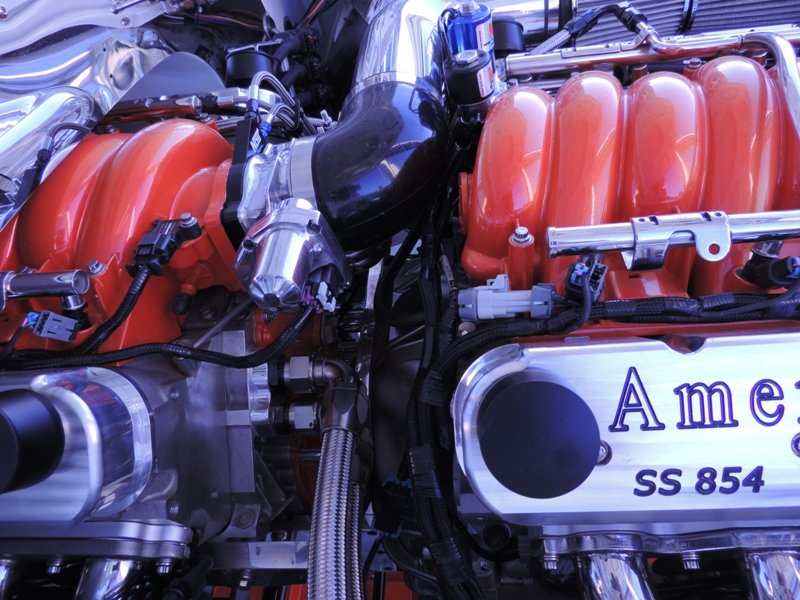 Keeping it altogether required forged JE pistons, a Comp Cam, a Collies crankshaft and ARP bolts. The smooth white body rests on an Art Morrison frame and the interior pictures show how far into the cabin the second engine rests. 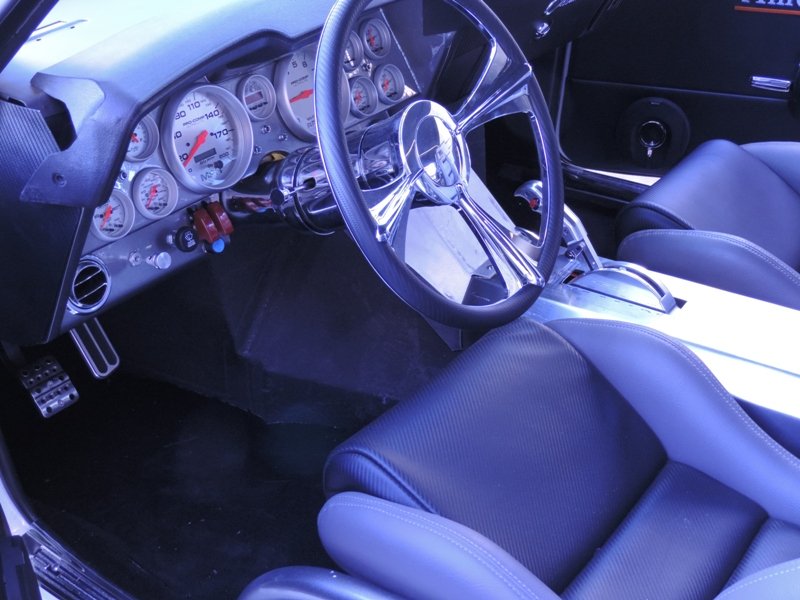 A automatic transmission, 4L60E, hooks up to a Corvette differential – and for kicks you might as well have a view of that from the trunk, right? 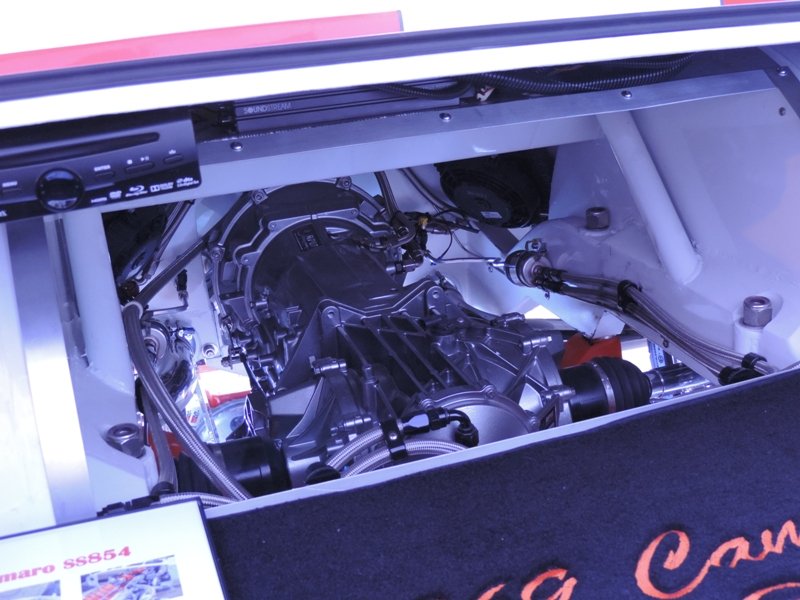 So with the hood down you see a great 69 Chevy Camaro, in bright white paint. A nice car but with no indication of what rests under that hood. Pop the hood up and you are darn sure guaranteed some parking lot on-lookers! 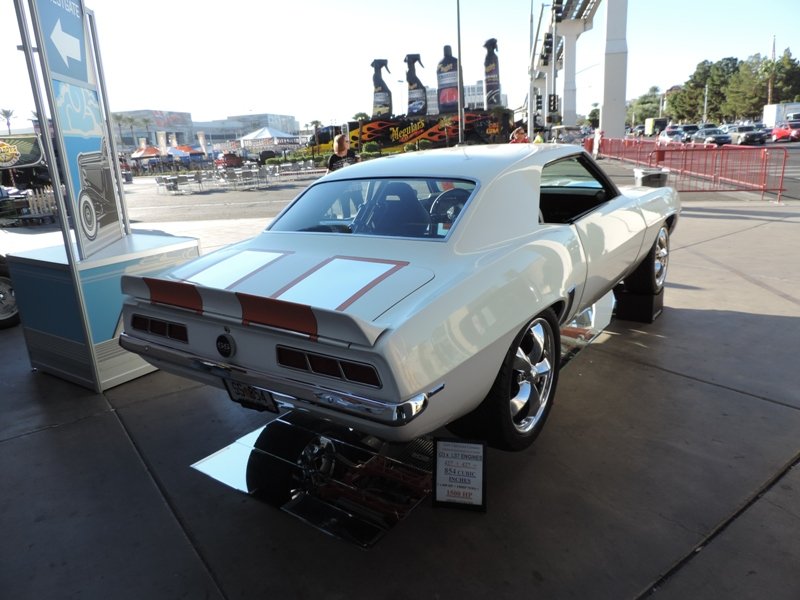 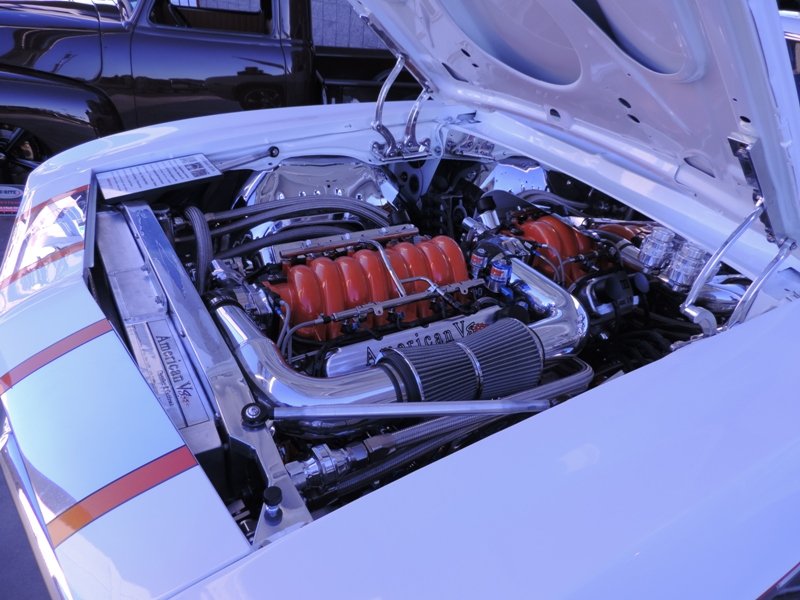 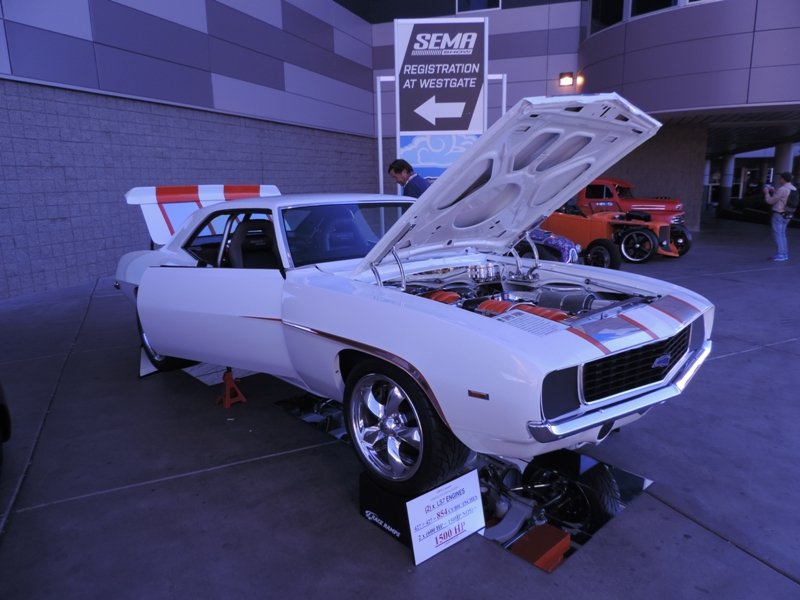 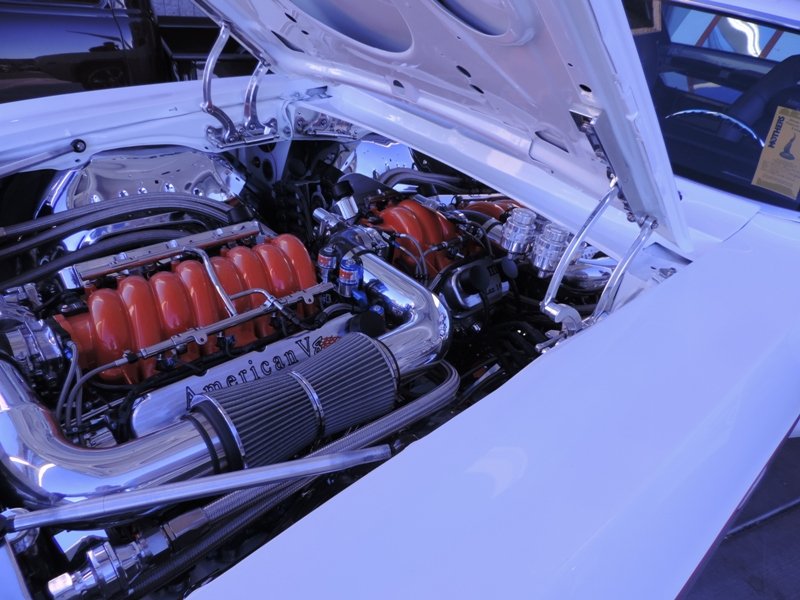