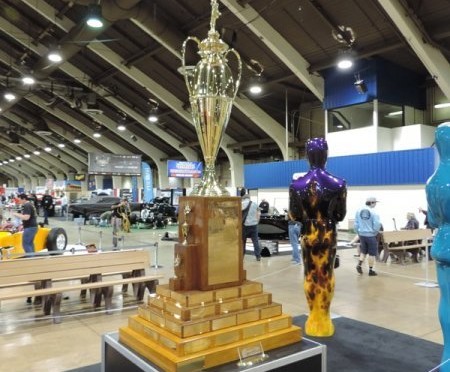 We already showed you the winner of this year’s America’s Most Beautiful Roadster (AMBR) award at the Grand National Roadster Show. There were eighteen contenders and many of them were great builds and worthy of serious contention. Figured this would be a good time to spotlight the others, who perhaps put as much time, sweat and effort into their builds. 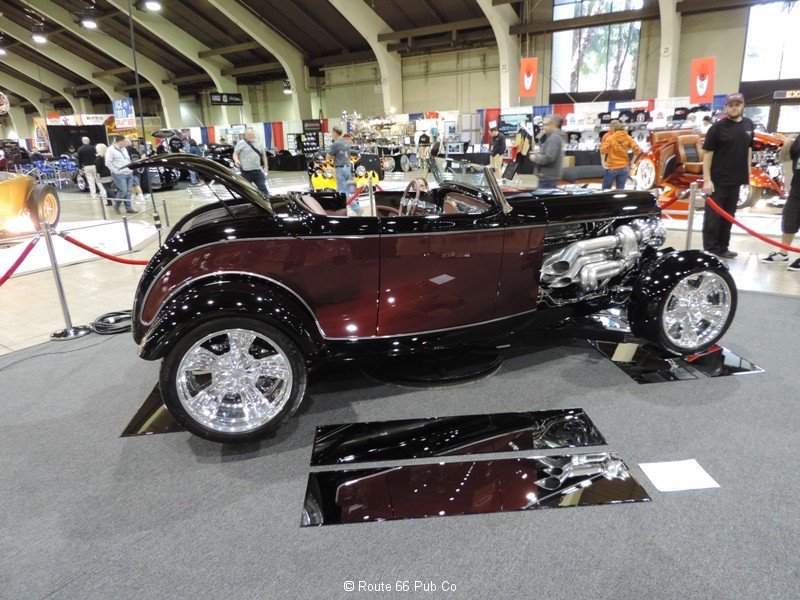 This is an interesting build with twin turbos sticking out above the headlights. The owner wanted to compete so much for the AMBR award that he crafted two sets of doors, the ones shown have no windows and the other set have roll up windows (which would disqualify it for the AMBR). 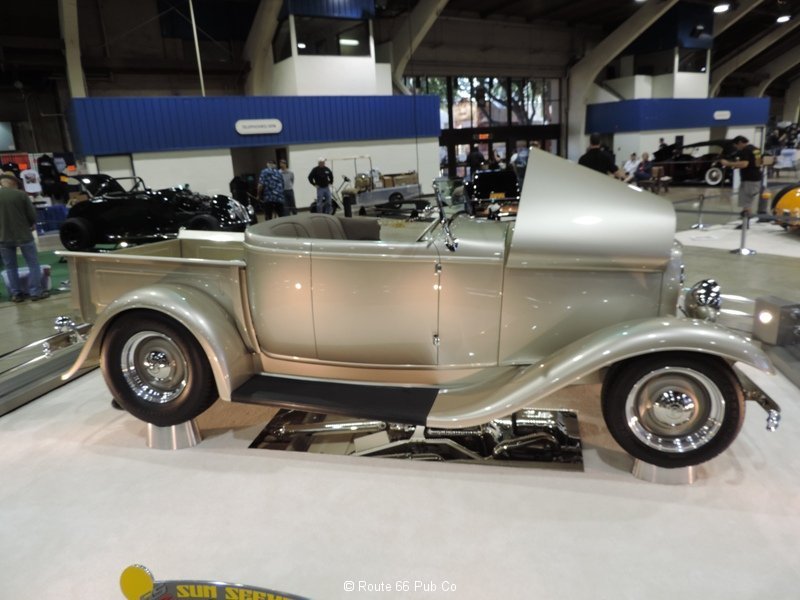 This truck qualified as a roadster and uses a 350 short block with a 700R4 transmission. It’s always neat to see pickups as a contender for America’s Most Beautiful Roadster. 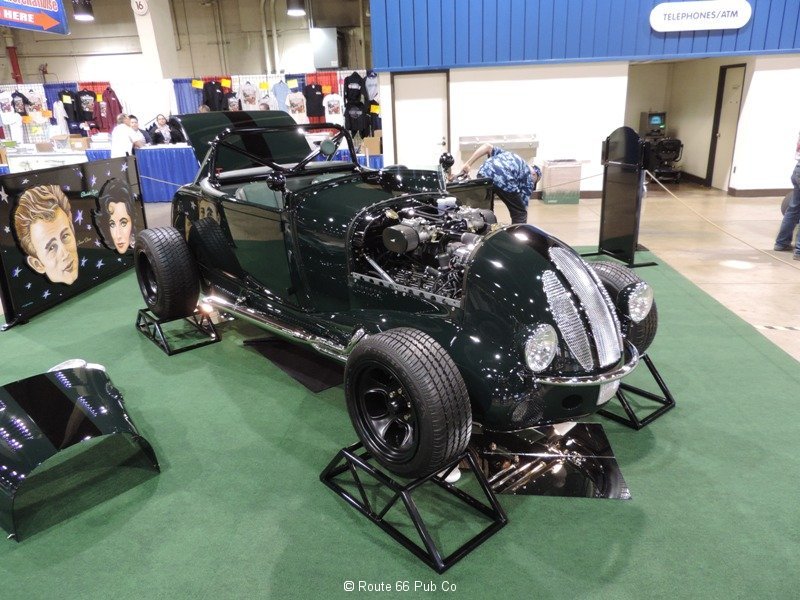 Hats off to a guy who built it himself except for the paint and interior. Front end is reminiscent of a sprint car. 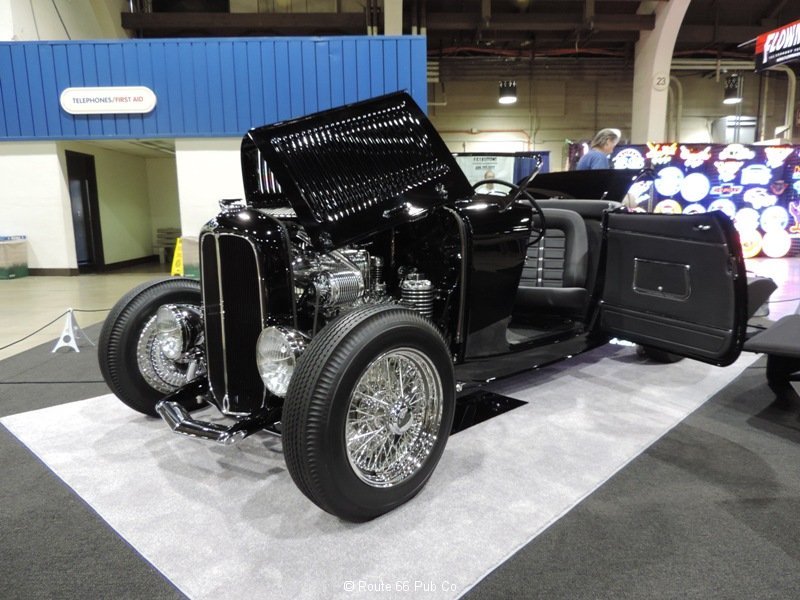 This owner is from Norway but Hollywood Hot Rods built it here in the good old USA. 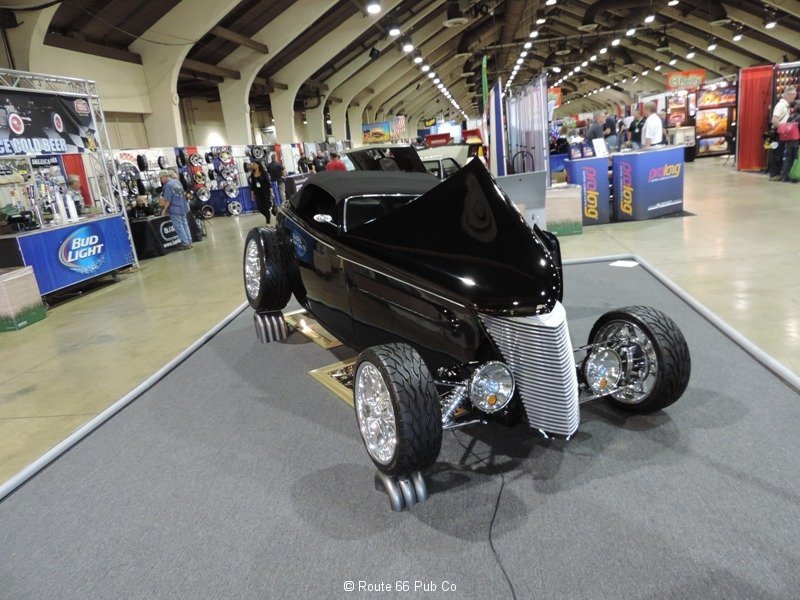 Again an owner/builder wrenched on this car and amazingly it is powered with a Nissan engine. Perhaps because the builder worked for Nissan? A Speed Star body doesn’t generally scream to me as a traditional roadster but… 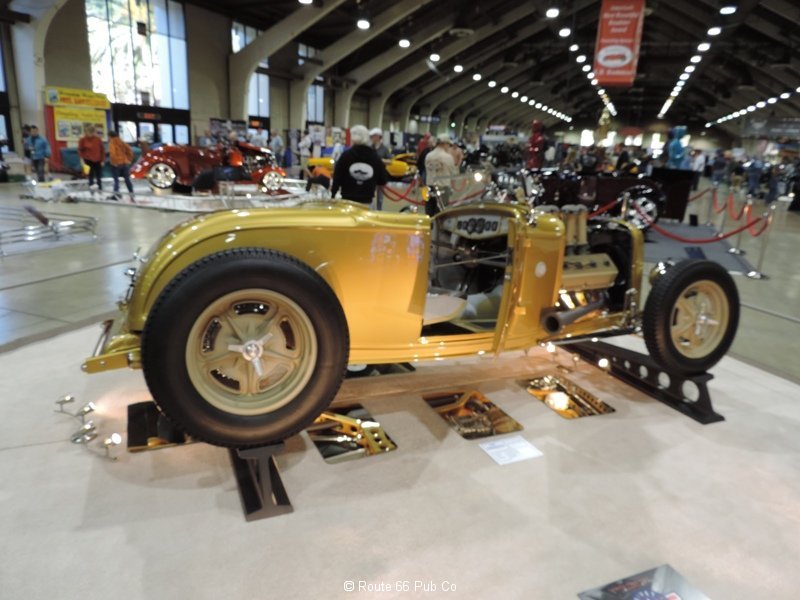 It comes with a Hemi engine and the Hilborn injection is retrofitted for electronic fuel injection. Mike Curtis built the wheels (he did last year’s winners wheels too). 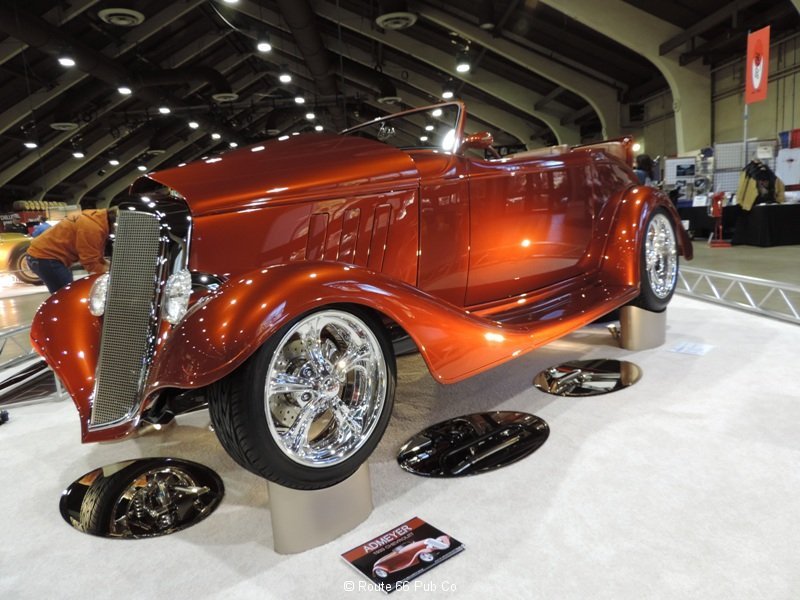 Finally a bow tie was in the mix! A LS 6 engine provides the power with fuel injection and a Jaguar rear end. 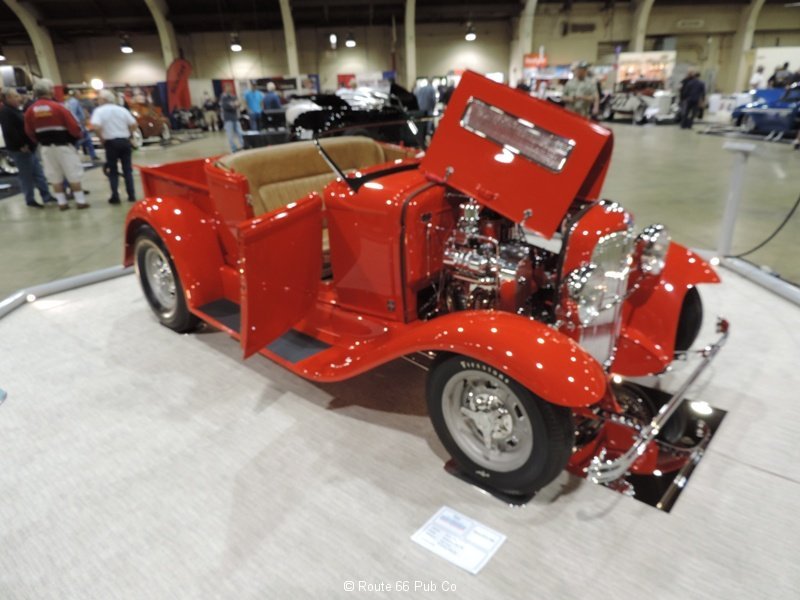 The owner has had this truck for over fifty years and did some custom aluminum casting for some of the parts. 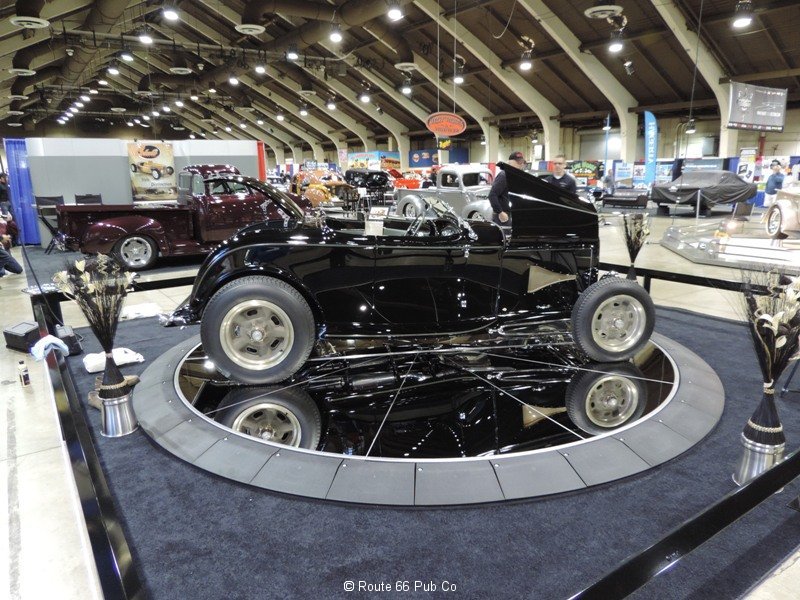 Now this sure seems to be what comes to mind for a traditional roadster. If nothing else the display should win an award!

Lots of body work and part swapping went into this build. LS 7 powers this baby with a blower for extra force. Kugel independent front and rear suspension too. 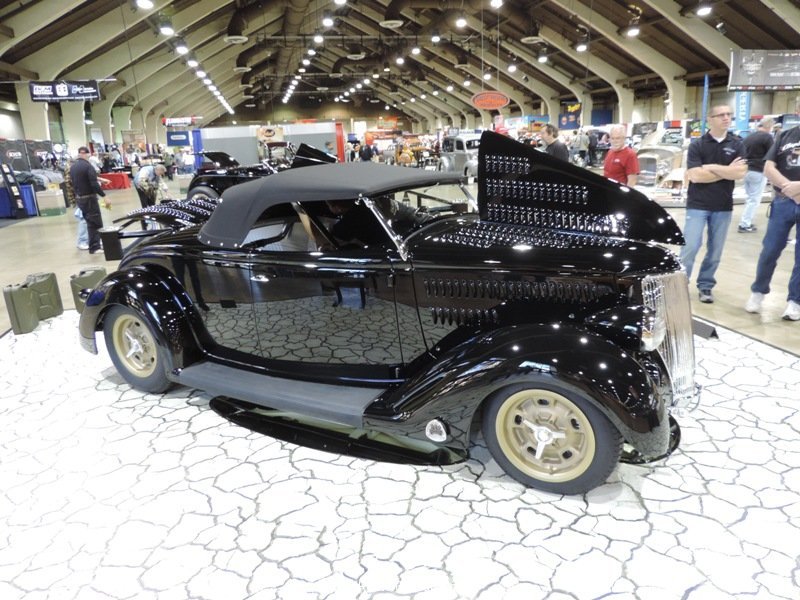 Lincoln engine with a supercharger is under this louvered hood. 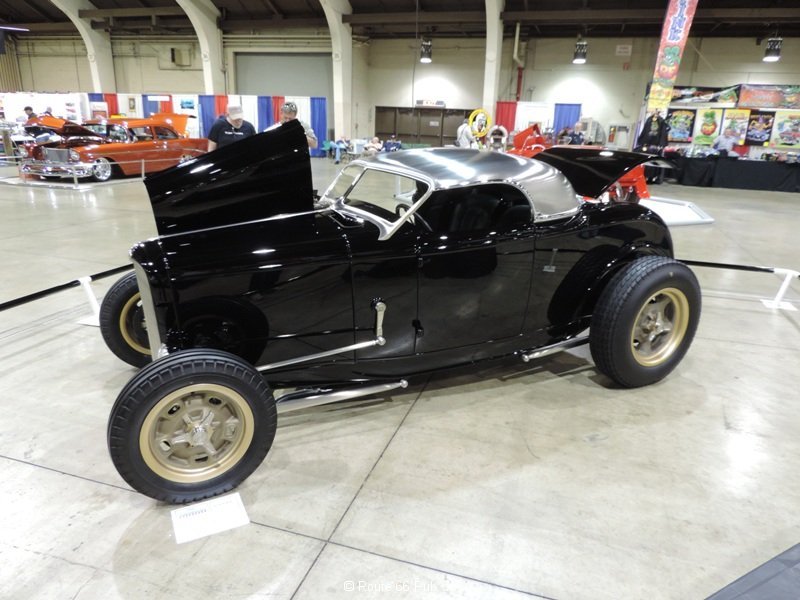 The top is interesting on this roadster with power from a Ford 351. Not sure about the wheels though? 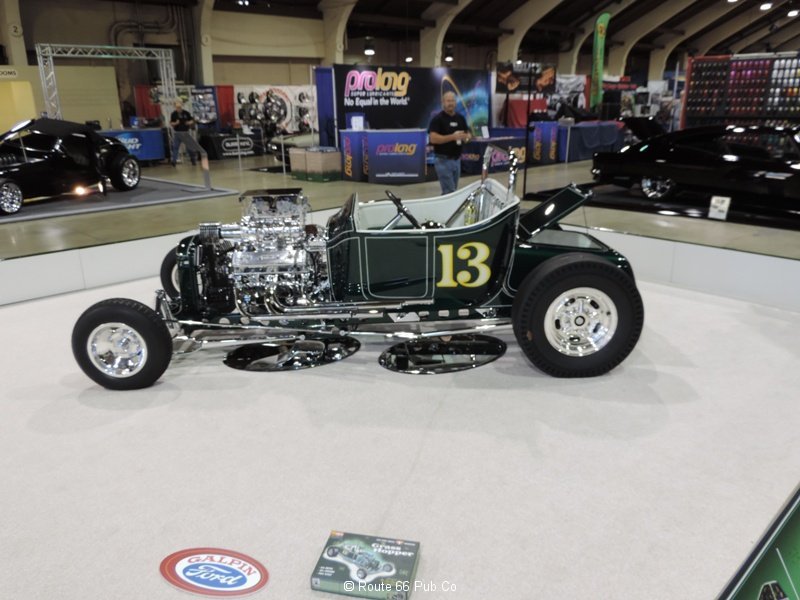 Galpin Ford built this baby as a tribute to the “Grass Hopper” from the early 6o’s. Some of you might have built the model kit from years ago. An Olds engine is here with a blower (notice a trend?) with a Hallibrand quick change rear end. 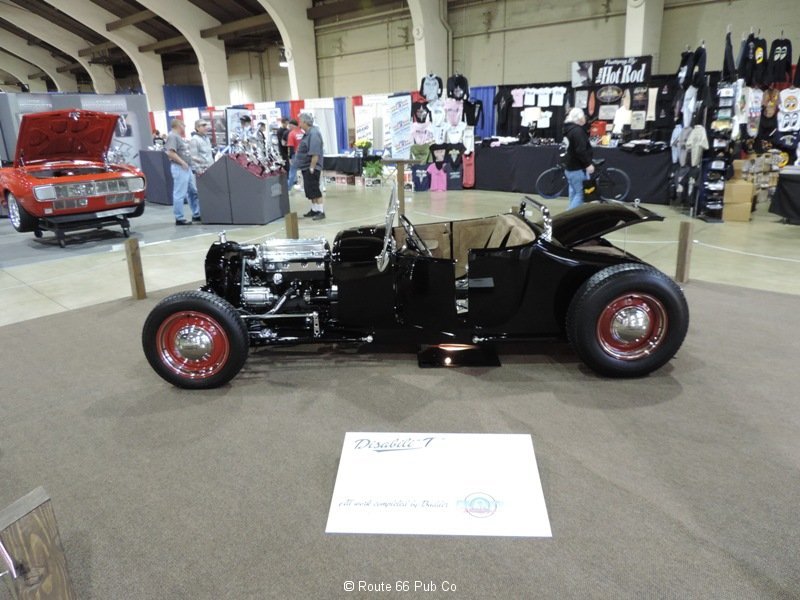 This came from Charly’s Garage in Arizona who we profiled before. We loved the Buick finned drum brakes. 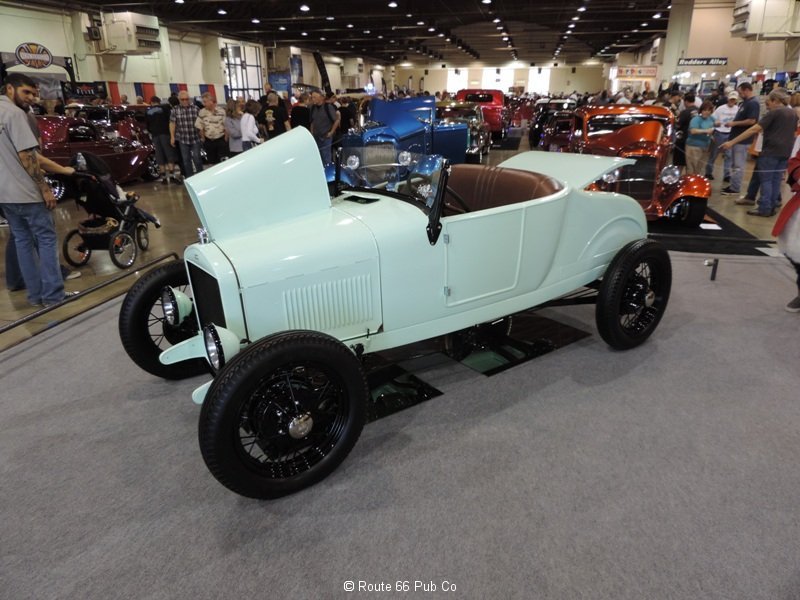 Another owner built car so we have to love it too. Stock body with a custom frame. Personally this looks period correct and could have been time warped from the 50’s easily. 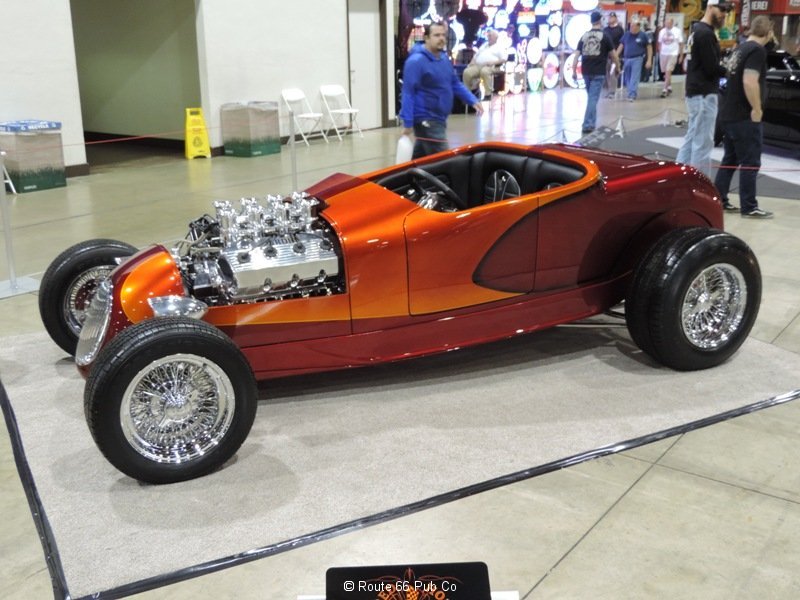 30 Roadster with a hand built body and a big 540 ci Hemi with a Viper speed. The owner comes from Sweden. 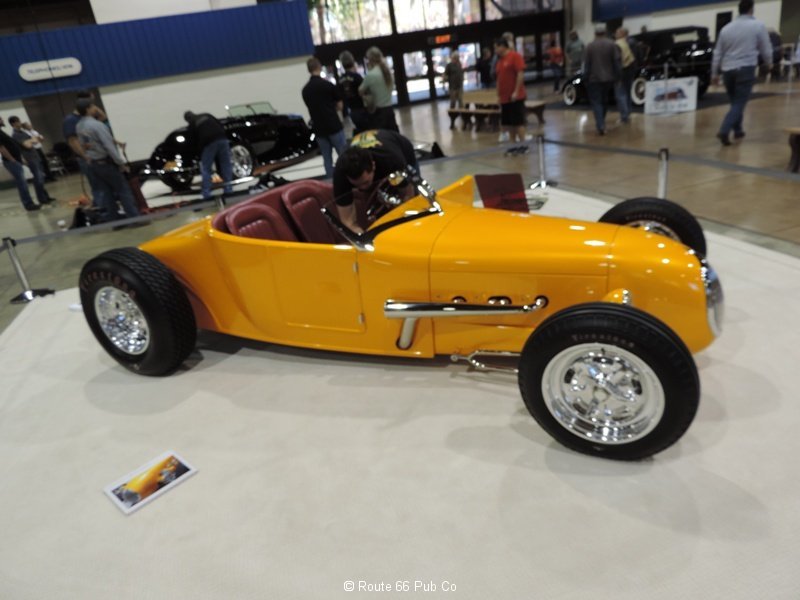 Father and son team worked on this car with a small block Chevy and 700R4 transmission.

So there you have the other contenders from the Grand National Roadster Show. Which is your favorite? 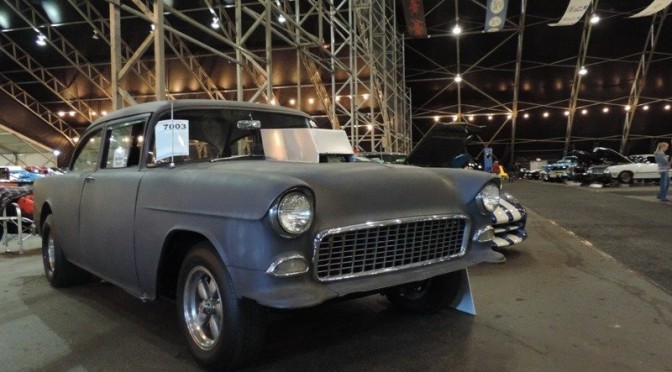 Here is a link to a recent article that we did for eBay Motors on the original builder of the 55 Chevy’s for the cult classic movie Two Lane Blacktop. 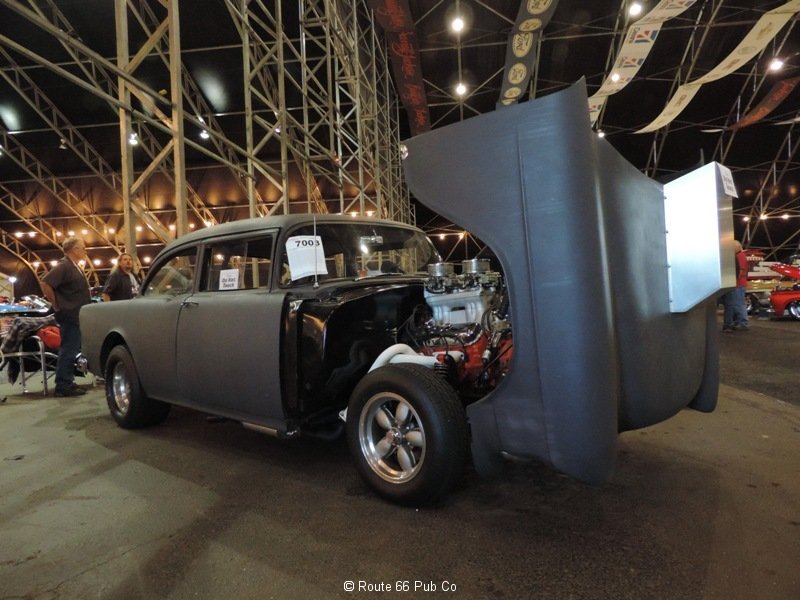 The 55 Chevy recently sold at Barrett-Jackson in Scottsdale for $159,500.  The builder has some great stories and we think it a shame he never provided more awesome cars for Hollywood. 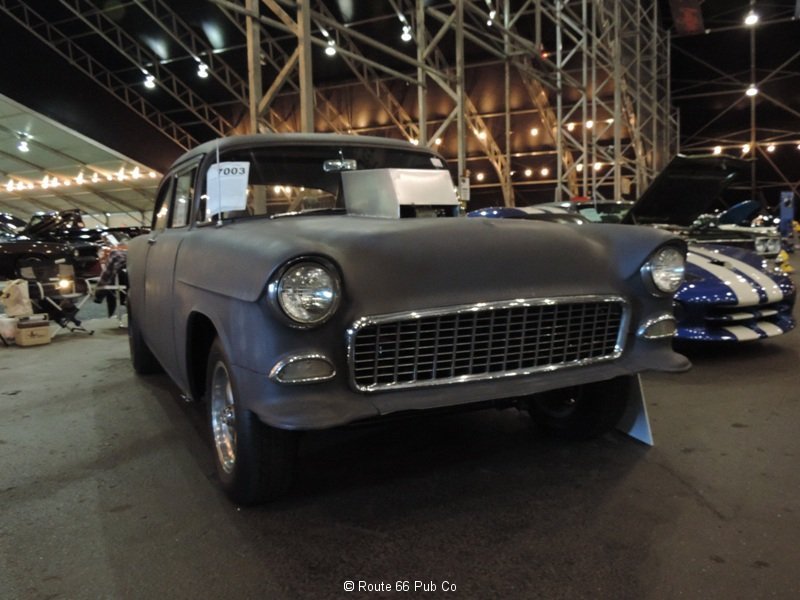 What do you think of his build?