Chevrolet always has a strong presence at the yearly SEMA show held in Las Vegas. Besides the factory presence on the SEMA floor, many enthusiasts bring out their personal designs based on Chevy products and have them at various vendor’s booths and displays.

But before the SEMA show even opens to the public, Chevrolet holds a media event the night before and gives the press sneak peeks at various models. Here we’ll present our four favorite performance Chevy cars

We have been HUGE fans of the COPO Camaro and love Chevrolet’s commitment to the drag strip by providing these cars in limited production, with only 69 being handmade each year. Past versions were mentioned here.

This year’s version was enthusiastically received and has lots to applaud. The 2015 version of the COPO Camaro on display at the SEMA Show featured a white exterior with gray and orange accents including an all-new style of COPO graphics – and was fitted with a 350 “LSX” V-8 engine topped with a 2.9L Whipple supercharger.

These production race cars are fitted with a pre-approved NHRA roll and a full on racing chassis and suspension components – including a solid rear axle system in place of the standard independent rear axle.

But you can’t just waltz into a showroom for these beauties, you have to enter into a lottery and hope you are one of 69 selected.

NASCAR racer Jimmie Johnson resto-modded a vintage 1971 Corvette with both exterior and interior updates, plus an all-new Gen V LT1 crate engine. The crate engine is rated for 460 horses. Jimmie came out in person to tout this powerhorse.

Johnson chose a Super Magnum six-speed manual transmission also offered by Chevrolet Performance. Johnson’s resto-mod Corvette also has an updated chassis, with adjustable coil-overs replacing the original front and rear suspension components, for more precise handling. A set of C6 Corvette Z06 brakes were bolted to this Corvette to help slow it down in record time. The 18 inch wheels help to emulate the rally wheels of the day.

Frankly the exterior treatment of the Corvette left me wanting more, but I can’t deny that during the show plenty of folks were checking it out. This red beauty had the Z51 package added to it; so it came rolling in with a dry-sump oiling system, electronic limited-slip differential, monster front brakes and a cooling package for both the differential and transmission. The transmission is an eight speed paddle shifter bolted to a 6.2L Gen V LT1 engine, rated at 460 horsepower and 465 pounds of torque.

For Corvette aficionados, they can name off all the historic and record breaking cars. so a few tears welled up when the Blue Devil drove out.

The ZR1, nicknamed the “Blue Devil,” is the first of the cars swallowed by the famed Corvette Museum “sinkhole” to be restored. You know, the hold in the ground that ate up eight Corvettes?

Technicians from Chevrolet took it under their wing and fixed some body panels, cracked doors, some broken glass and some bent control arms. The first public viewing for this iconic Corvette was here and then it was going to be whisked away back to Bowling Green, KY to be put back on public display.

So tell us which car makes your heart flutter?

We had lots of cars and trucks to ogle while at SEMA.  Here is a link to our eBay Motors blog on this exceptional 66 Chevy Stepside.

The owner was the second owner of this truck and took his time finding a local shop in Henderson, NV to do the restoration.  Hard to believe in stock shape it came from GM like this.

How can you NOT love the stance on this beast?

Here are some additional shots of the truck.  Enjoy and let us know your favorite view. 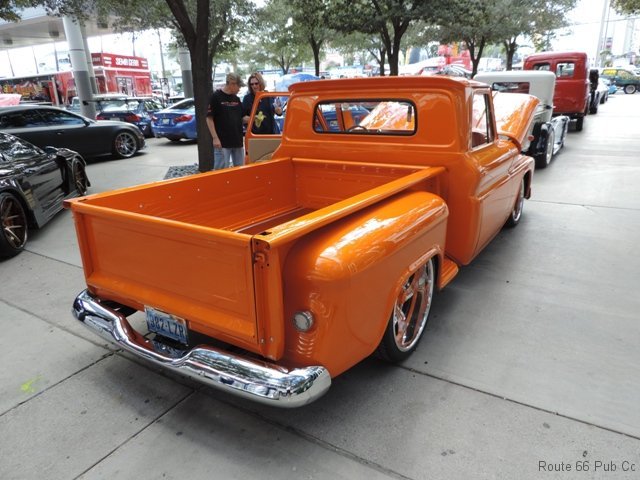 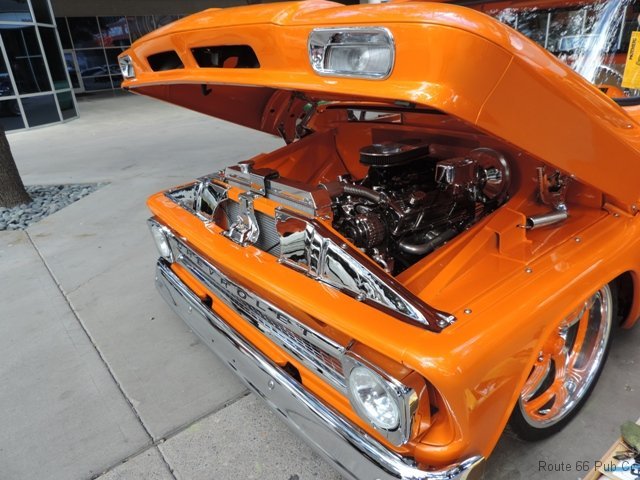 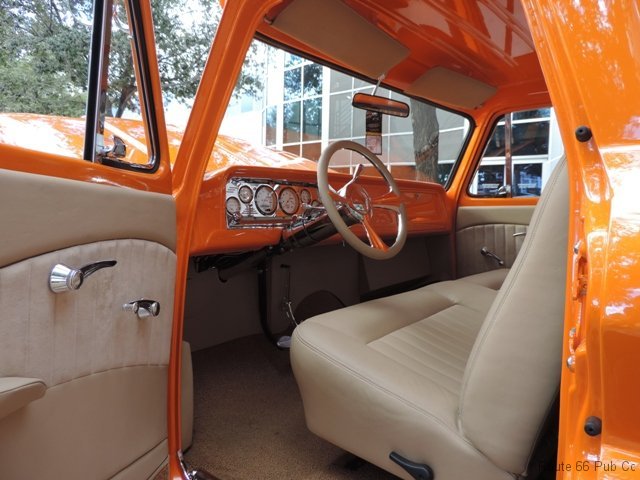 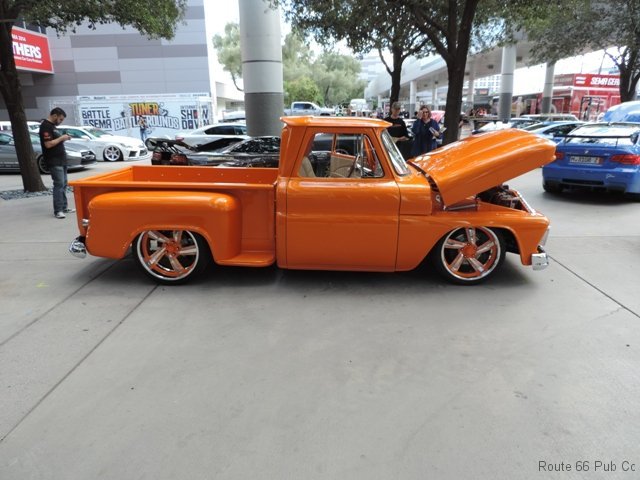 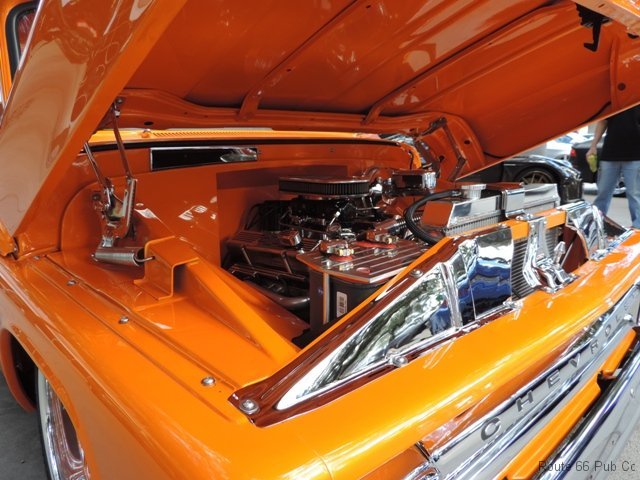 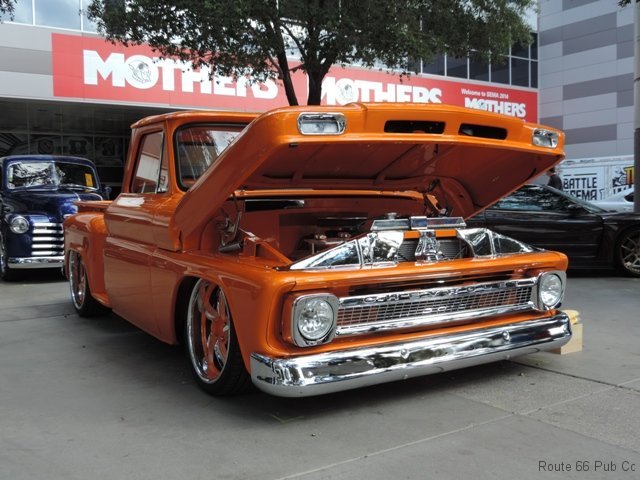 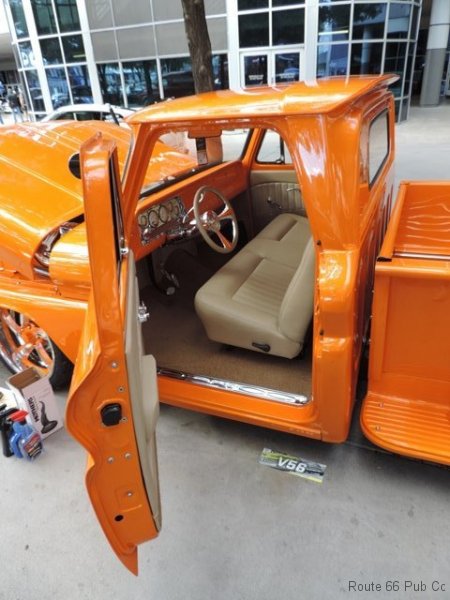 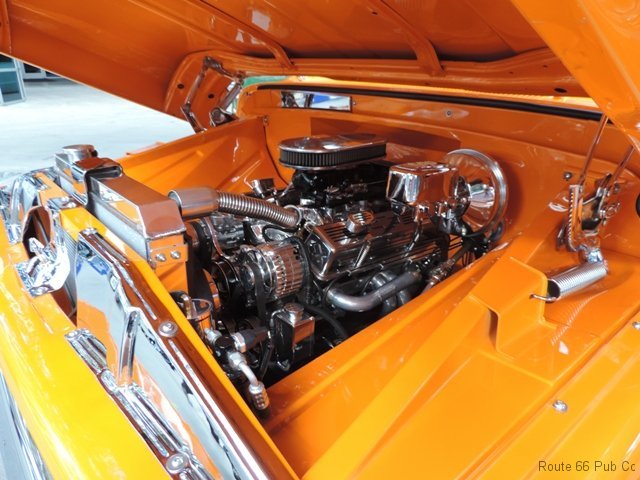