Wayne’s World’s AMC Pacer proves you can buy anything at the Arizona Auctions this week. Barrett Jackson is offering up TWO AMC Pacer’s but the clear crowd favorite is the movie car from Wayne’s World.

In Wayne’s World, Garth owned the Mirthmobile -a light blue 1976 Pacer. He drove the gang, including Wayne, around in the car for their adventures. Now a new owner can start his own adventures in the very same Pacer.

The Wayne’s World Pacer was sold six years ago by Barrett-Jackson, selling for $37,400. It was previously restored to the movie car’s original condition with camera supports and mismatched wheel covers. Who could forget (if they wanted to) the flame decals poking out from the front wheels? The car was re-painted and the shiny stuff re-chromed. The Pacer is powered by the original 258 CID 6-cylinder engine and automatic transmission. In the movie car, the speakers were not functional, with no amp in the Pacer. Now the sound system is functional, dude.

Wayne’s World debuted in 1992 and starred Mike Myers and Dana Carvey, along with the late Meat Loaf. It also featured Alice Cooper and Rob Lowe. It grossed over $180 million in worldwide box office sales.

As a comparison, the folks at Barrett-Jackson are also selling another 1976 AMC Pacer from the same seller, but red. For 1976 the Pacer was AMC’s best seller. Go figure. The PACER was also produced in Mexico where it was marketed as a luxury car. It was produced for only six years, although popular at first during the gas crisis, other automakers caught up for the need for smaller cars and the Pacer never regained its lead. Often called a “fishbowl” due to all its glass, it had relatively little cargo space if four passengers were in the car.

Should be interesting to see what the difference in selling price will be for these two Pacers. 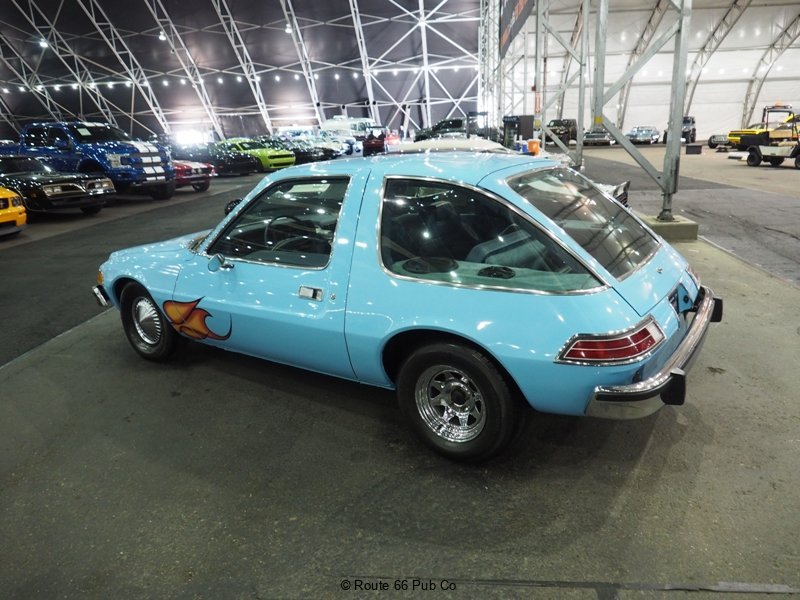 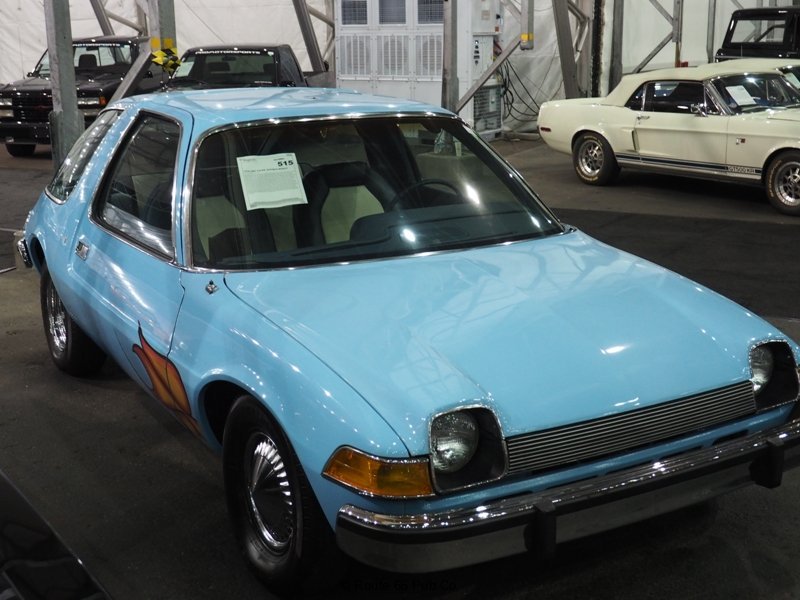 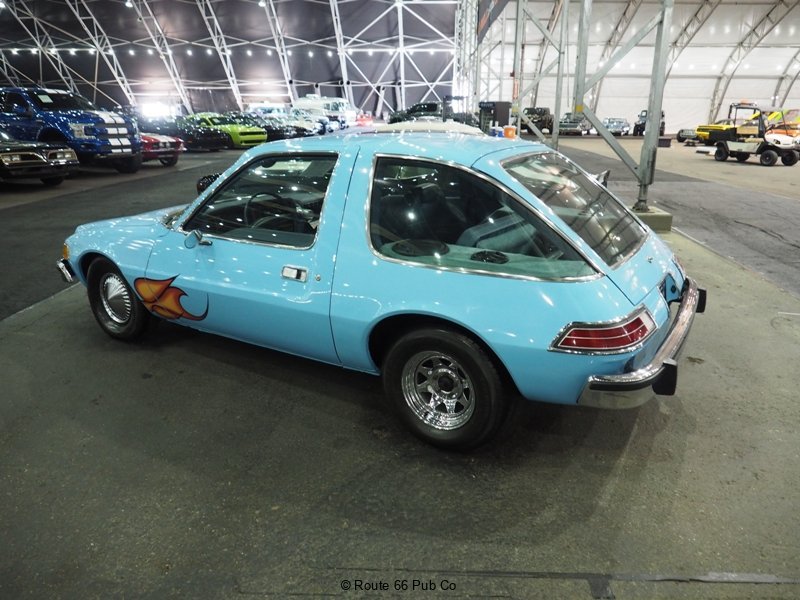 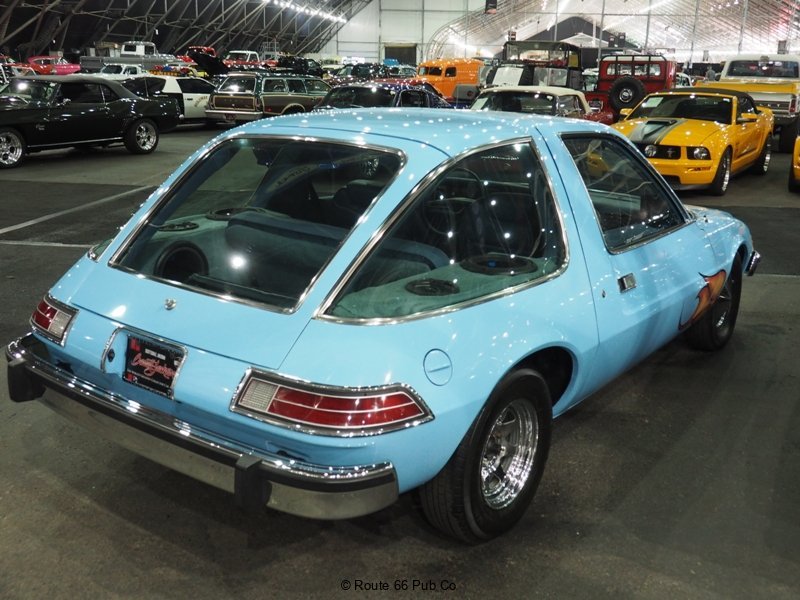 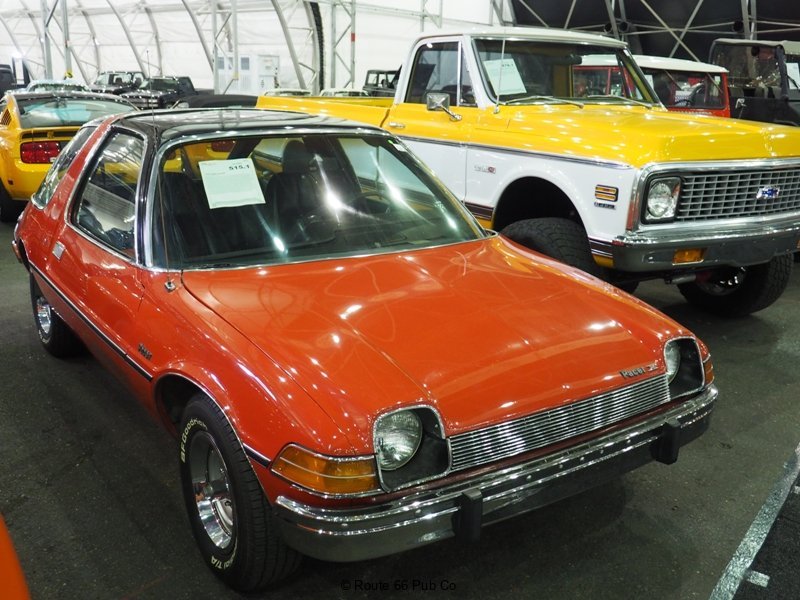 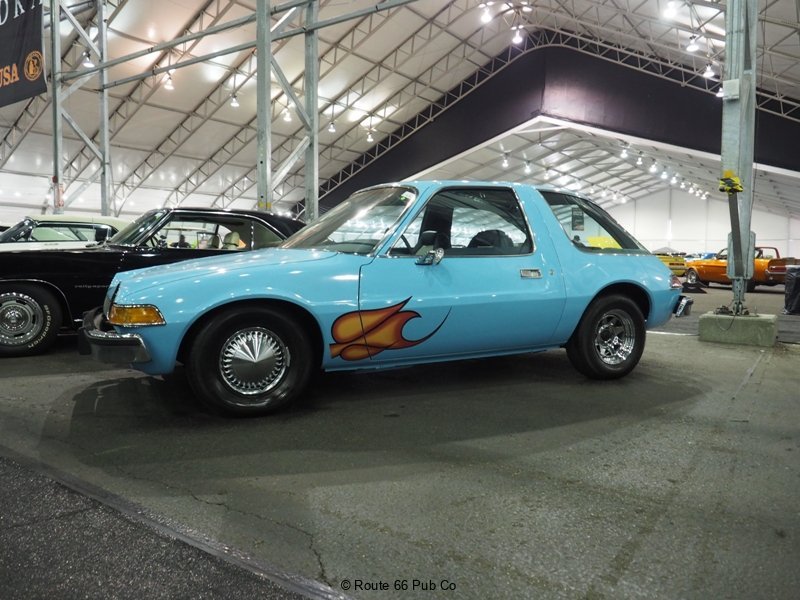