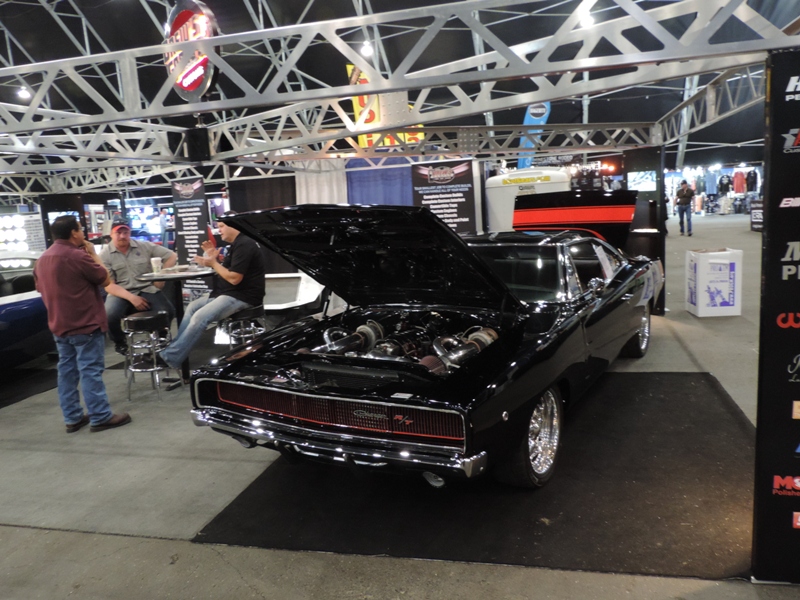 Many people know Larry Fitzgerald as a NFL football player with the Arizona Cardinals.  He is well known and well liked by both the fans and the sports media.  He also is present for numerous charitable events in the Phoenix area.  He is always willing to lend his name and time to Phoenix area charities.  But did you know he also is a car aficionado?  Have you ever seen his 1968 Charger? 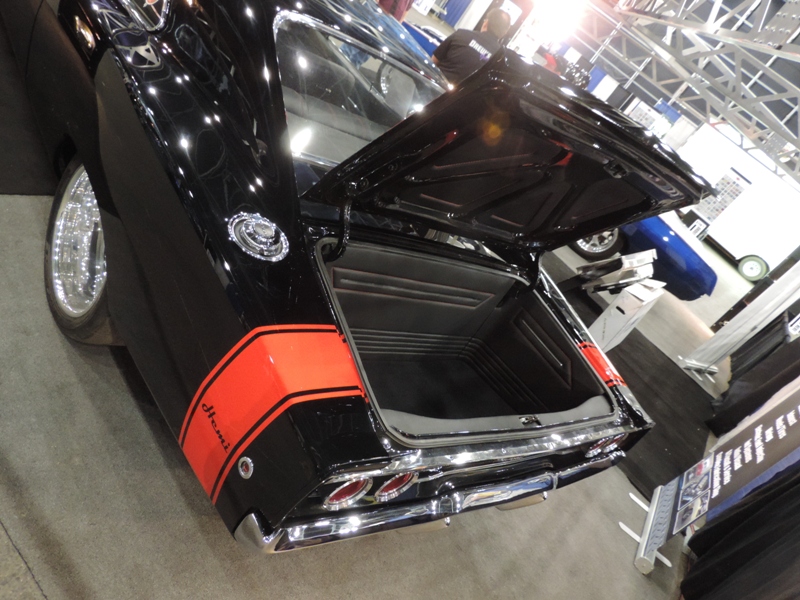 Recently at the Goodguys Rod and Custom 5th Spring National car show held in Scottsdale, AZ Larry Fitzgerald’s 1968 black Charger was on display indoors under the huge tent.  It was part of the display for Drew’s Garage, a local car shop with a great following. 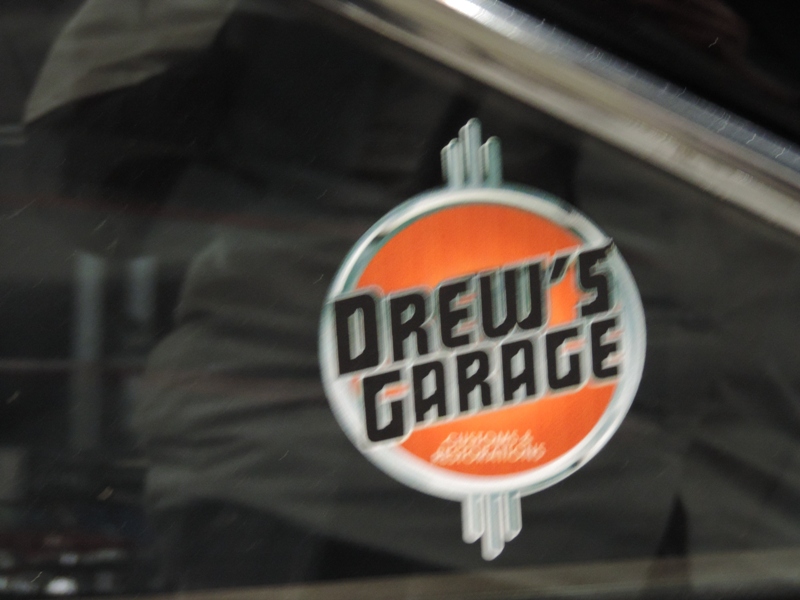 Drew’s Garage has been a presence in the local car scene for years and often has hosted a cruise night as part of Goodguys.  This year they opted for a smaller presence at the Spring Nationals show, but small is hardly used when describing Larry Fitzgerald’s Charger.  Here is the shop’s photos of the restoration indicating the quality of their workmanship. 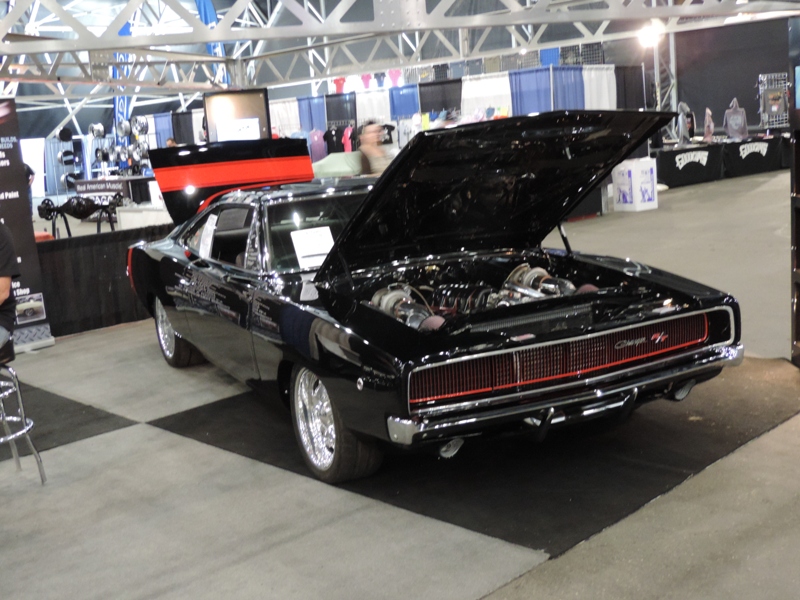 The black beauty was given a total makeover by Drew’s Garage.  Of course it had to have a Hemi but this one is backed up with twin 62 mm turbos. 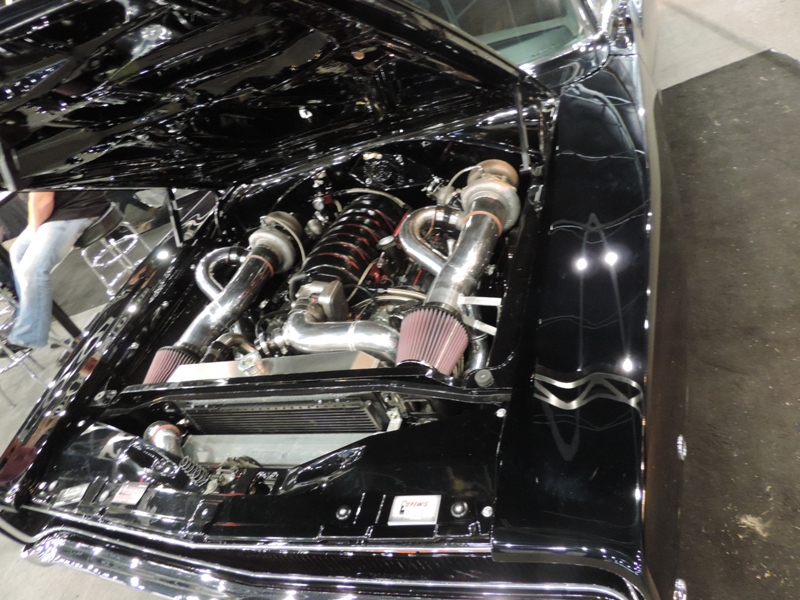 It was mated to a Hughes automatic 4L80E transmission and a Dana 60 rear end.  It slows down with Wilwood brakes; 6 pistons in the front and 4 pistons in the rear.  The rear is held in place with a custom 4 link rear suspension.  To top it off the Charger rides on Budnik wheels and has a Vintage AC for Arizona’s hot summers. 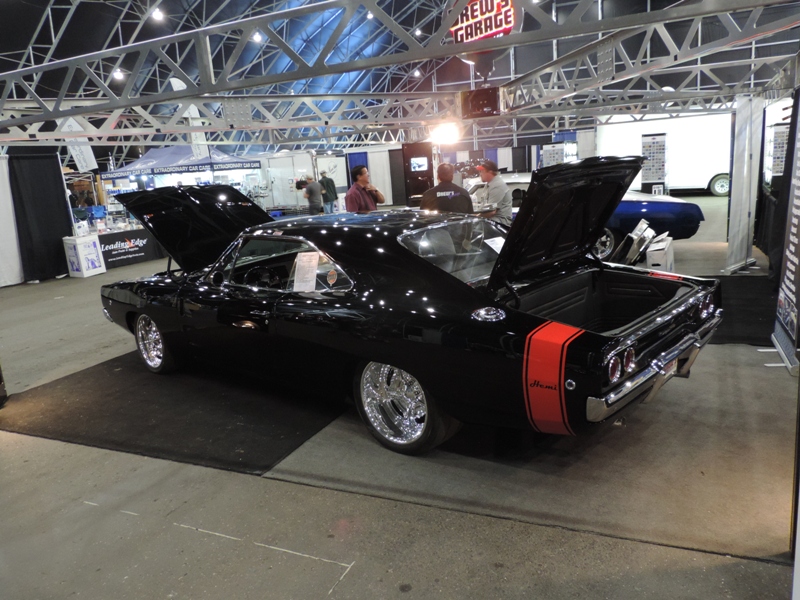 But this car is hot year round!  What do you think?