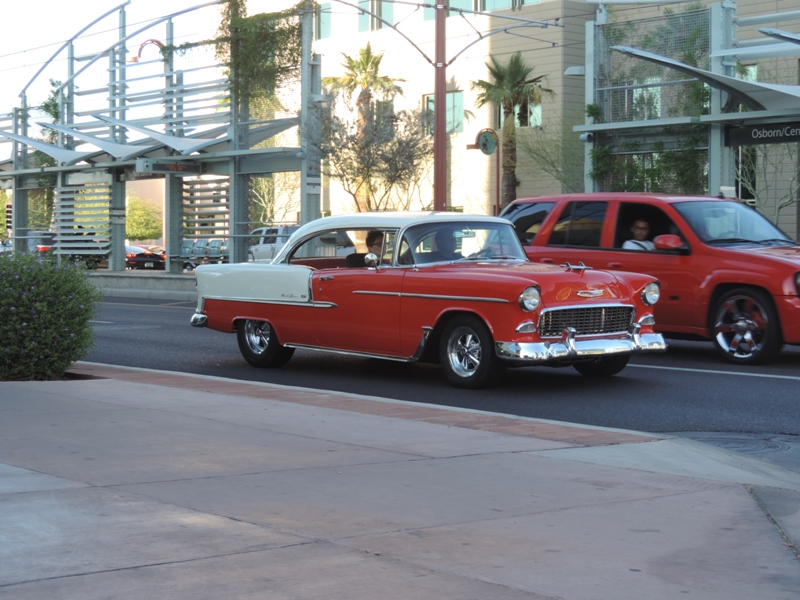 Twice a year, Phoenix, Arizona hosts the Cruise on Central.

Back in the day Central Avenue was the main arterial for Phoenix, Arizona.  On Friday and Saturday nights youths would flock the entire length to cruise with their cars.  Of course back then, Central Avenue didn’t go as far!

Eventually the police and local businessman tired of the antics and “encouraged” drivers to disperse elsewhere.  Strict law enforcement helped this encouragement as cruisers went to Metrocenter Mall and Mesa’s downtown Main Street.

“Somehow” in the 90’s the cruise on Central resurrected as an “unsanctioned” cruise.  Somehow cars just showed up along Central twice a year.  Now a local car show promoter Nancy Perry has taken the cruise under her wing and has organized it with police security, port-a-potties, some vendors and  arrangements with the owners of Park Central Mall, which is mainly office complexes now with lots of empty parking spaces on Saturday afternoon.