Gas Monkey Garage has made some outrageous builds, but this season’s Hot Wheels 68 Corvette might take the cake. And you can take it home, if you score the winning bid at the Barrett-Jackson Auction on Saturday, January 30, 2016.

The stars of “reality TV’s” Fast N’ Loud – Richard Rawlings and Aaron Kaufman – took a clean 68 Corvette that had a big block 427 cubic inch engine with a four speed and slapped on a Weiand blower to stick out of the hood.

The exhaust sticks out of the side as well. But the gold flake paint job and the wide rear fender flares really help to set this Corvette off for Gas Monkey Garage. The red line tires scream period correct and are a nice choice mated to the US Mags.

The story for television was that Mattel’s Hot Wheels wanted Gas Monkey Garage to design and build a car that they could feature as a model. I’m thinking a line of exclusive Gas Monkey themed model cars coming soon to toy stores everywhere.

So the successful bidder can take the car back to his garage and soon have a Hot Wheels version as well. Or the losing bidders may just have to settle for the Mattel version, which probably gets better gas mileage.

We have highlighted Gas Monkey Garage at the Barrett-Jackson Auction before.  They always draw a crowd around their cars, once the show hit the cable “airwaves”.

Personally I think the Corvette begs to have a set of chrome side pipes slapped on it, but who asked me? I am asking you to post up what you think the winning bid will be. For the eagle eyed viewers, Craig Jackson is in one of shots in the slideshow below. Where’s Craig? 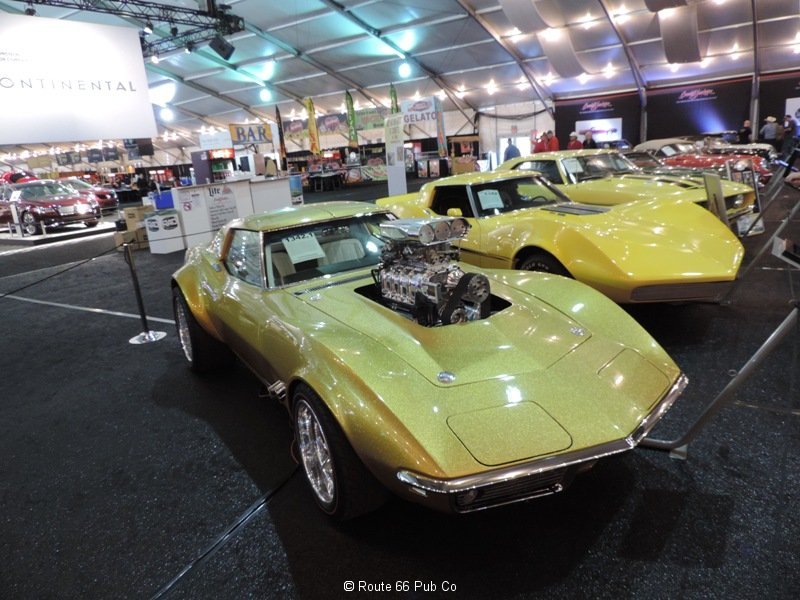 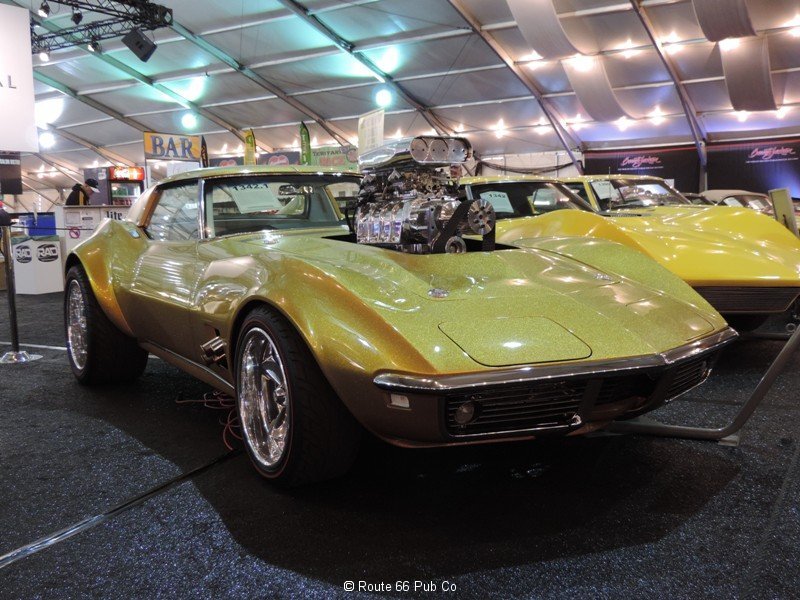 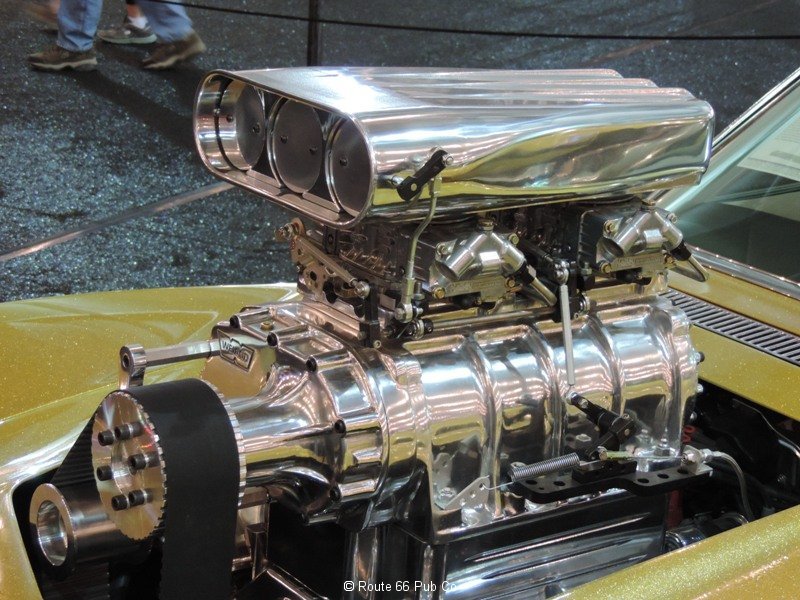 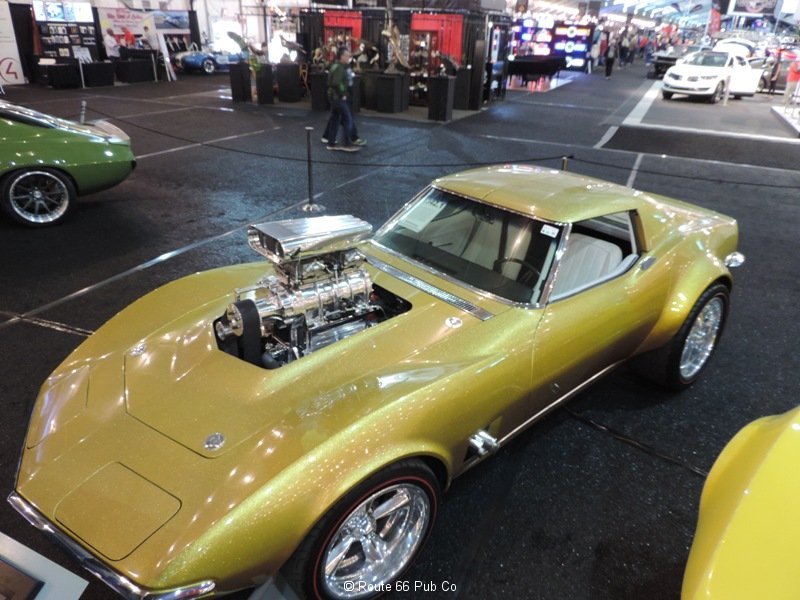 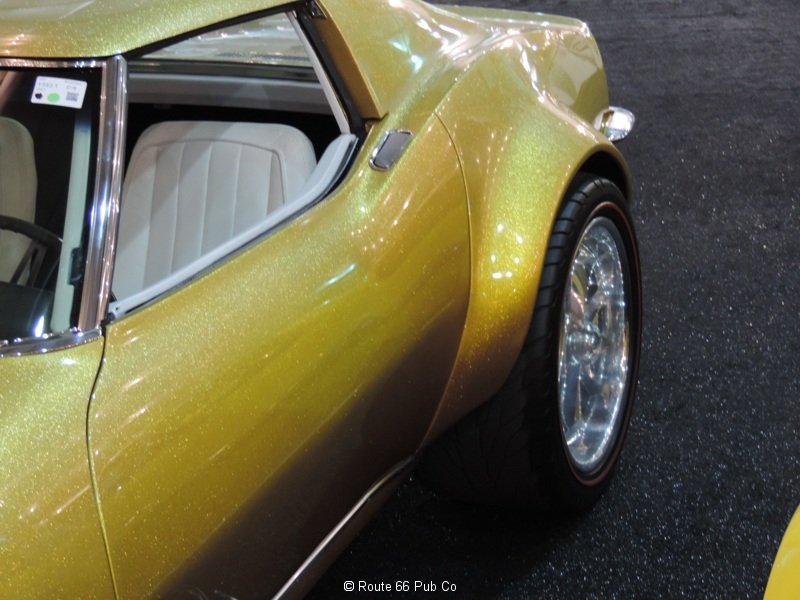 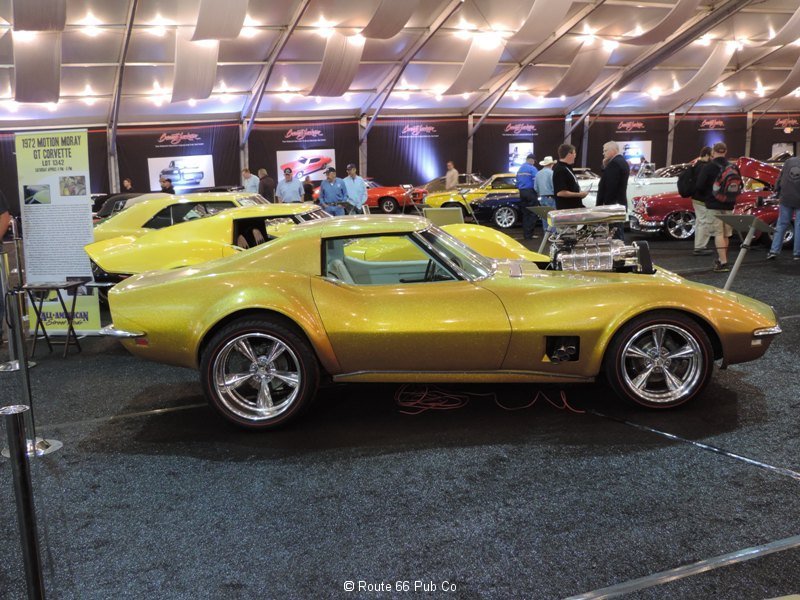 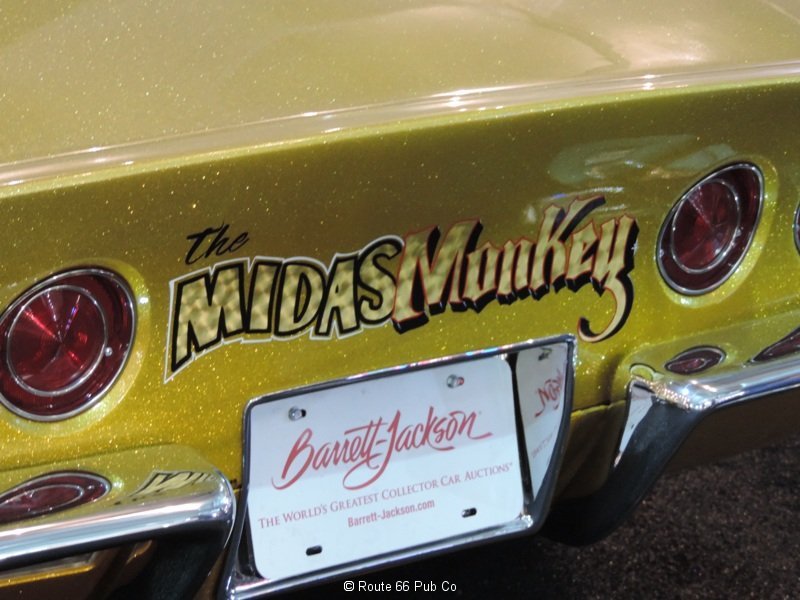 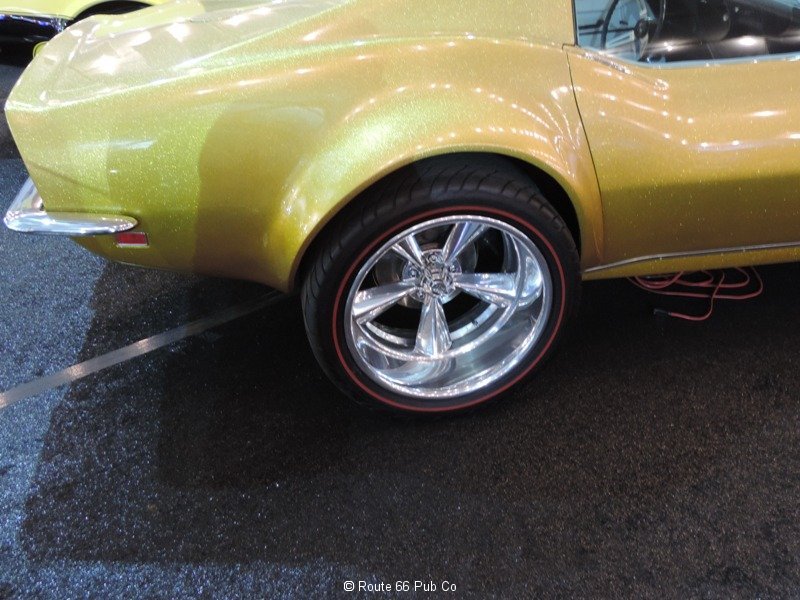