There are Broncos, and then there are BRONCOS and then there is Big Oly. With Ford resurrecting the nameplate the first-generation Broncos have soared in collector interest. You can get a resto-mod Bronco 4X4 or buy a survivor. Now Mecum Auctions will offer you up a different version – Parnelli Jones’ Baja 500 racer – Big Oly

At this week’s Mecum Auction held in Glendale, AZ Dana Mecum unveiled Parnelli Jones’ Big Oly and announced it along with other items from Jones will be sold at his Spring Classic in Indiana. It was covered up before the “unveiling” and then enclosed in Mecum’s glass cage but we were able to get a close look before it was glassed up.

This might not be the normal Bronco and is essentially a Bronco in name only. A custom chrome-moly tube-frame chassis, aluminum inner panels, fiberglass body, a Ford 351 Windsor engine, four-wheel disc brakes, a Trans-Am-spec full-floating rear axle, plus a modified Twin I-Beam front suspension were used in this Baja cruiser.

The dirt racer was sponsored by the Olympia Brewing Company; hence the name Big Oly.

Jones kept the desert driver and never parted with it. But now it will be auctioned at the upcoming Mecum Auction. But since it is a Bronco in name only, will it draw the interest of the bidders? Let us know your thought and we will see what the outcome is in May 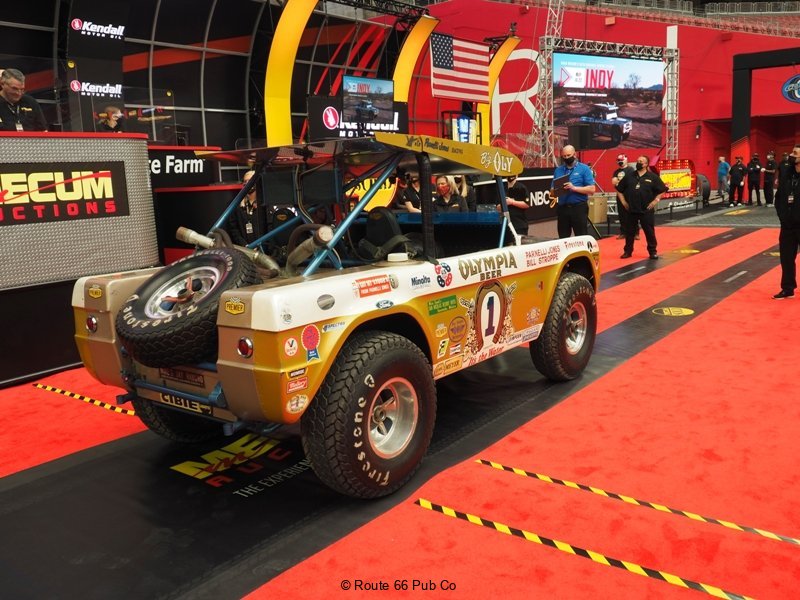 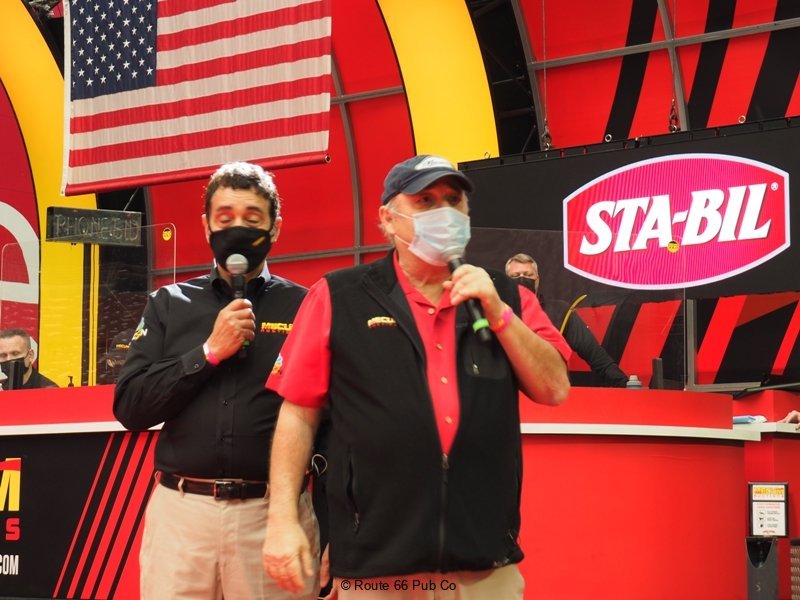 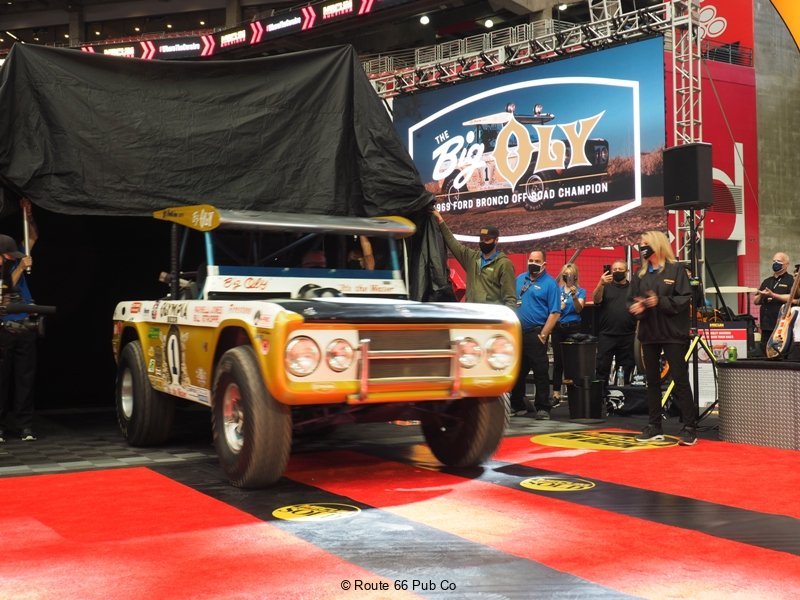 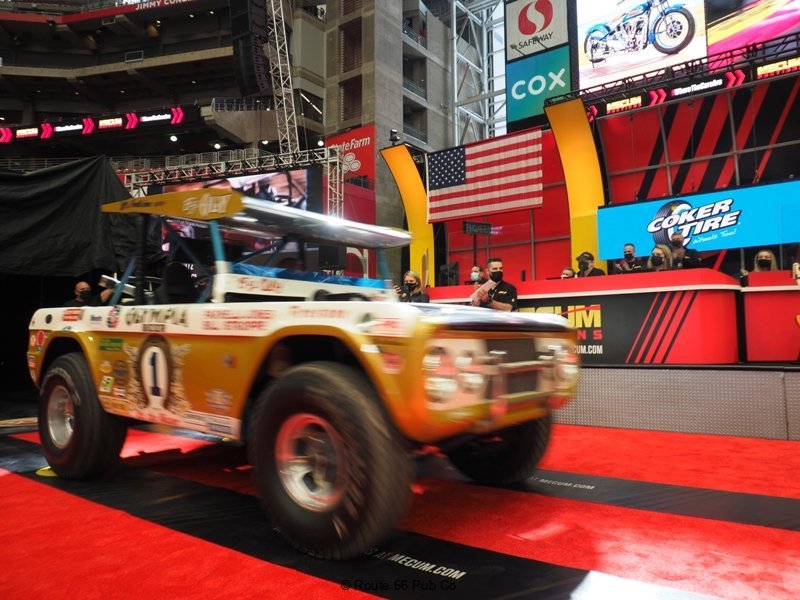 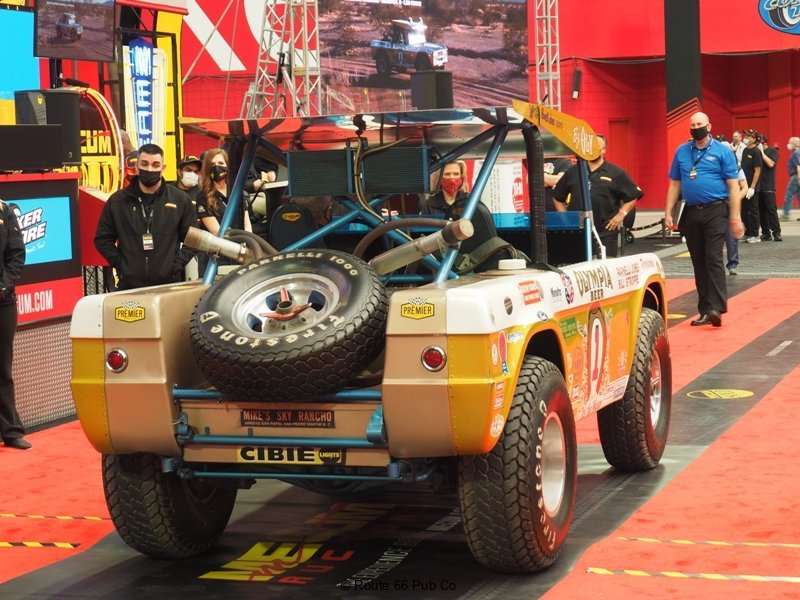 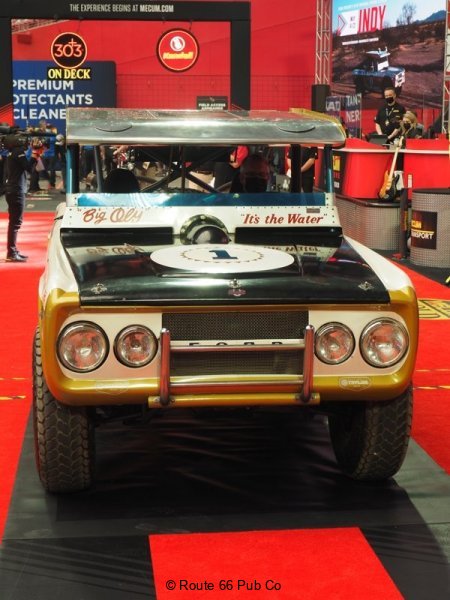 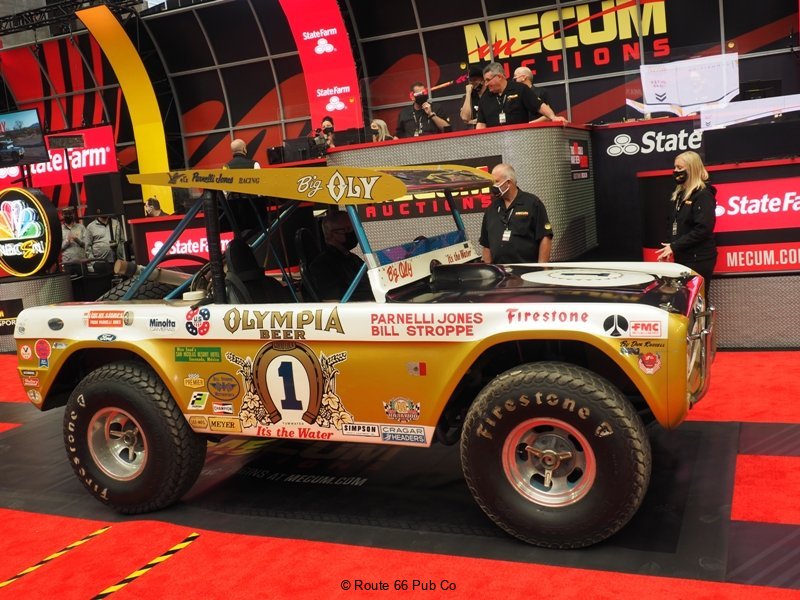 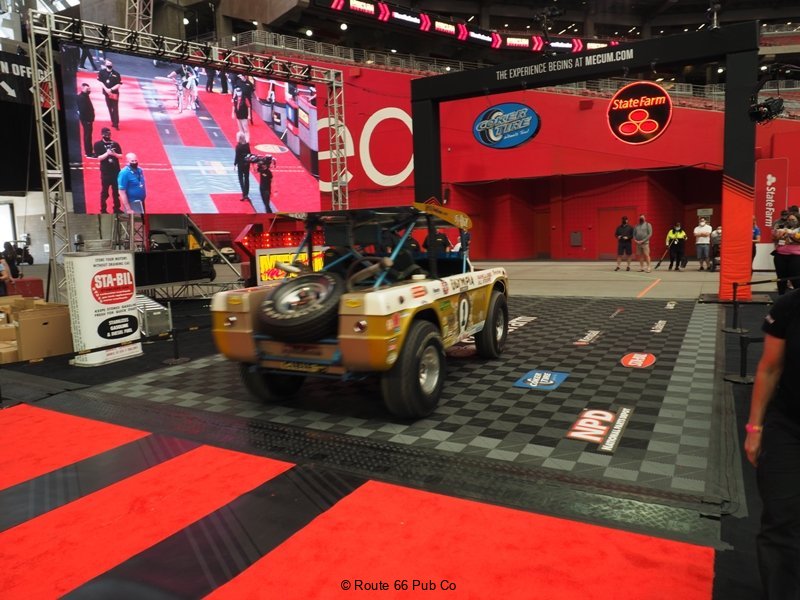 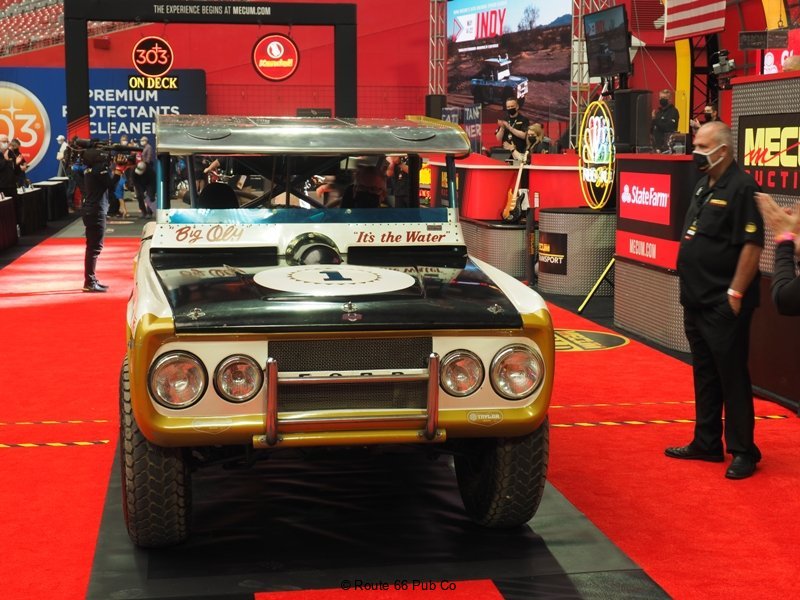